Colwall Conveyor Systems (CCS) has recently completed a £480K contract for one of the UK’s contract packers. The contract packer bottles a wide range of drinks including soft drinks, fruit alcoholic beverages and beers. Over the years, the clients bottling line had evolved in an unplanned way as the business developed and had reached the point, whereby the line layout and conveyor system was limiting operability, speed and efficiency. 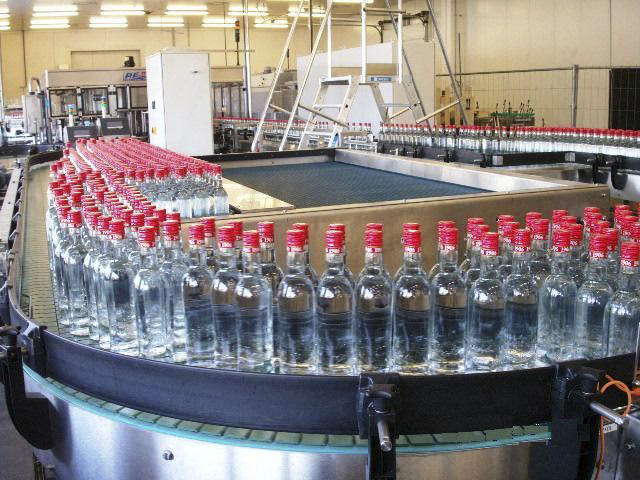 Working closely with the client, CCS produced a series of proposed graduated improvements, enabling individual new layouts to be installed over a series of short shutdowns. This not only minimised disruption to production, but also allowed the client to fund the overall project on a phased basis.
New conveyors were supplied during each phase of the project and where possible, certain bottle conveyors were cost effectively refurbished and re-engineered. CCS provided a full mechanical & electrical installation service supported by new control panels, automation and commissioning.
Phased installation supports customers’ needs
The first phase involved extending the depalletisation and palletisation areas in order to create more practicable space between these two areas.
This was shortly followed by phase two, as Colwall Conveyor Systems rationalised the complex packing area to streamline the bottle, multipack and pack flow, which eliminated many problematic transfer points.
The final phase was to re-organise the rinsing, filling and labelling area. The proposed new layout involved the introduction bottle accumulation, bottle combiners and an accumulation table.
As a consequence of the planned and scheduled changes to the bottling line, there was a reported noticeable increase in speed and efficiency after each of the 3 phases. This resulted in a major reduction in overtime, increased handling capacity and enabled new contracts to be pursued. The customer has confirmed that the new layout as produced by Colwall Conveyor Systems (CCS) is very ‘operator friendly’ and has provided for a logical material flow throughout the line.