Automation is the key to improving uk productivity 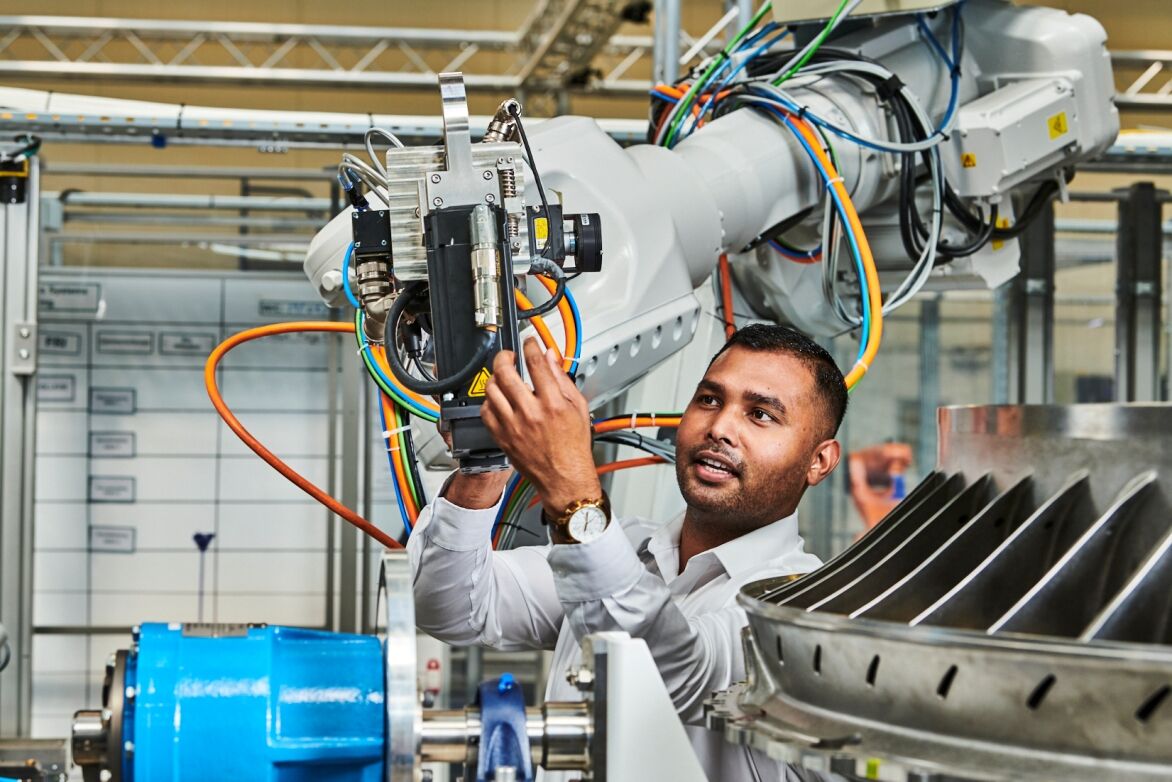 Speeding up the adoption of industrial automation and robotics can lead to dramatic improvements in productivity, according to a new report just published by experts at the Coventry-based Manufacturing Technology Centre and the Industrial Policy Research Centre at Loughborough University.

“Robotics and Automation: A New Perspective” says that the slow uptake of robotics among British manufacturers, and a reluctance to invest in automation, has contributed to the country’s vanishingly small improvements in productivity in recent years.

But investment in automation along with reshoring manufacturing operations, can lead to new opportunities for UK businesses.

The report, compiled by MTC and IPRC experts with contributions from major players in the world of automation, says the UK is 24th in the world for robot density in manufacturing businesses, and lags behind in productivity as a result. But the technology to turn the situation around already exists. The priority is to improve the rate of adoption.

The report, with experts from a wide range of fields contributing opinions and recommendations, calls for a renewed emphasis on the need to improve productivity through the use of automation, with manufacturers, research organisations, equipment suppliers and Government working together to help businesses improve their performance through the intelligent use of automation. The report also stresses the importance of independent advice to new users, particularly in the SME supply chain.

In the foreword to the report, Dr Clive Hickman, chief executive of the MTC said, “While the UK was traditionally a leader in world manufacturing, our productivity has been surpassed by other countries and, if ignored, this gap will continue to grow. It is necessary to address the opportunities available within manufacturing to get back on top form and make advances available for businesses across the UK.”

Mike Wilson, the MTC’s chief automation officer, said that the pandemic had exposed weaknesses in the UK’s extended supply chains leading to a recognition that  there was a need to increase the resilience of UK manufacturing by increasing local content and reshoring production capacity.

He said, “A significant expansion of manufacturing capability cannot be achieved using the current methodologies, which are largely based on manual labour and obsolete equipment. The ‘Made Smarter Review’ identified that the application of automation and robotics in UK industry could contribute £183.6 billion over the next decade. The solutions are available and proven. The challenge in the UK is adoption, and also the education of the finance community so they understand and support investment.”

The report calls for more support for UK businesses to help them with adoption at every stage, from identifying opportunities, getting workforce buy-in, selecting suppliers, ensuring they have the right skills, and implementing solutions. It also calls for knowledge-sharing across industry and the automation supply chain in order to develop, demonstrate, test and de-risk affordable and deployable automation, targeting those UK manufacturers who have under-invested in the past.

Better training is also called for, particularly short courses which don’t take key people out of the business for long periods of time.

The report also calls for a specific emphasis on SMEs to adopt automation and robotics technology, possibly through an extension to the Made Smarter programme. It also recommends stronger networks, specifically for robots and automation, to encourage more cooperation and communication, to share knowledge and expertise, and to represent the sector to other parties, including Government.

Professor Chris White of the Industrial Policy Research Centre said, “The opportunity is here and because of the pandemic the public perception has changed – calling for an increased resilience in our supply chains. The acceleration of the introduction of robotics and automation into production and the adoption of new technology generally will create a revolution in the way it thinks about manufacturing and its culture. The future of work, and for that matter, the future of manufacturing, is about to change dramatically. Its culture can no longer be described as ‘dirty, dangerous and dull’, but one that is clean, safe and  as exciting as our imagination will allow.”

Further information on the use of transformational technologies can be found by contacting automation@the-mtc.org.