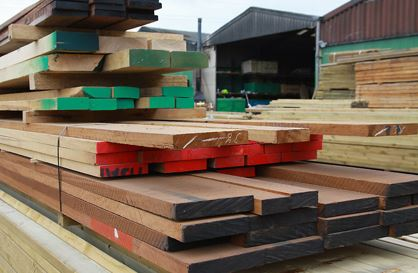 Hailed as  major step forward in ensuring the long-term sustainability of the Chinese timber industry by forestry experts, China is set to test a complete ban on commercial logging within state-owned forests in the north-eastern province of Heilongjiang. The aim is to allow for the recovery of timber supplies in the region and put renewed focus onto effective forestry management.

If the trial proves successful it is expected to be extended to the rest of the north east and Inner Mongolia.

Both tropical and non-tropical wood is currently one of China’s major imports, sourcing timber from more than 80 different nations, and it has a big impact on those nations. According to the International Institute for Sustainable Development, “Chinese demand – whether for domestic use or for re-export – is often the most significant factor driving growth of production and exports of China’s principal supplying countries.”

China’s total timber consumption in 2010 was 431 million m³ (Total Log Equivalent) according to the China Timber & Wood Products Distribution Association, however should the ban last for a decade it is predicted that the Anling Forest’s timber stocks will rise from 77 cubic metres per hectare to 88 – adding more than 70 million m³ of timber, representing around 16% of China’s overall consumption (based on 2010 figures). Longjiang Forest would be expected to increase from 95 cubic metres per hectare to 110 – an additional 120 million m³ of timber.

Why has Heilongjiang been chosen?

With more natural forest than any other Chinese province, Heilongjiang was a symbolic choice for the trial ban, according to Sheng Weitong, a forestry expert and former advisor to China’s cabinet-level state council.

“A halt here means an end to the way China has been utilising forestry resources since 1949, and creates an opportunity for China to move to an era of improved forestry management,” said Hou Yuanzhao, a researcher at the Chinese Academy of Forestry.

The forests in this area also secure China’s grain supply as the north east of the country is an important rice-growing region.

There is also a plan to plant rarer trees to increase the overall timber value in the Heilongjiang forest, including Korean pine, camphor, north east China ash and the Amur cork tree.

Whether this shift towards a more sustainable reserve of home grown timber impacts on the UK timber export industry remains to be seen – and it will be a number of years before any effects are noticed – however it is inevitable that a significant increase within one of the world’s main timber importers will be felt keenly across the globe.

What do you think about this move? Let us know in the comments below.

This guest blog was written by John Rooney on behalf of Davies Timber, one of the Midland’s  main suppliers of hardwood, softwood and decking.