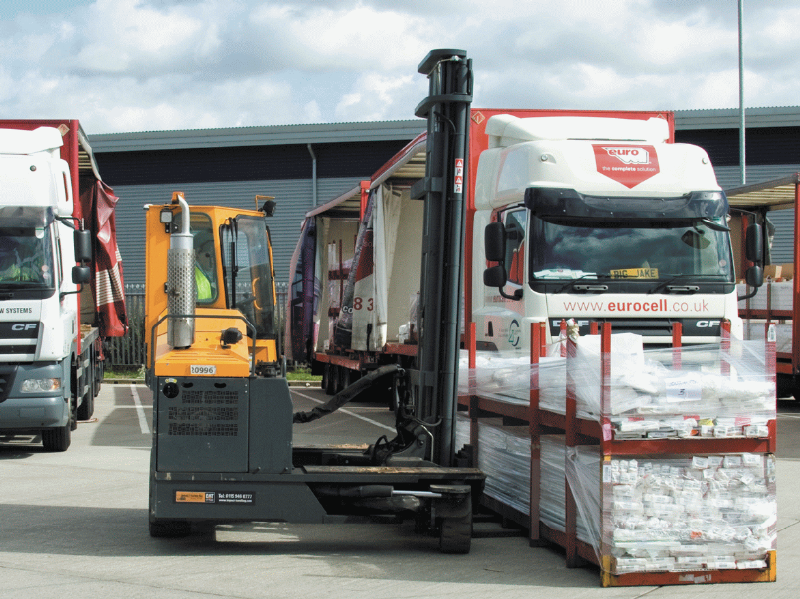 Leading PVC-U building products supplier Eurocell was one of the first companies in the UK to recognise the versatile and space saving qualities of the Combilift four-way forklift range when it was launched 14 years ago.

The company ordered its first fleet of five C4000 Combilift models for its original headquarters in Alfreton in Derbyshire, shortly followed by another four trucks. The Combilift system proved to be so successful that the fleet in operation across Eurocell depots and its manufacturing and distribution centres now numbers 142 machines.

Eurocell is one of the UK’s leading supplier of PVC-U building products, which includes windows, doors, conservatory roofs, fascias, soffits and guttering. The company supplies homeowners, fabricators, and installers and advises specifiers from its network of more than 120 branches throughout the country. It supplies more than 4,000 building plastics and related products within 24 hours from order to delivery.

The company therefore needs reliable and flexible materials handling vehicles that are able to cope with a variety of loads, in varying conditions, inside and outside, all year-round.

Eurocell bought its first trucks directly from Combilift but moved to contract hire with Impact Handling when the company acquired Apollo Plant. In 2003, area sales manager Tony Porter undertook a series of site surveys at six of the company’s production and storage depots. He proposed a fleet purchase and rehire scheme, which replaced all the older vehicles with new trucks over a three-year period. This was followed by site surveys at all of the company’s depots across the country, leading to Combilifts being specified for the network. The Combilift is now a standard specification whenever a new company branch is opened. 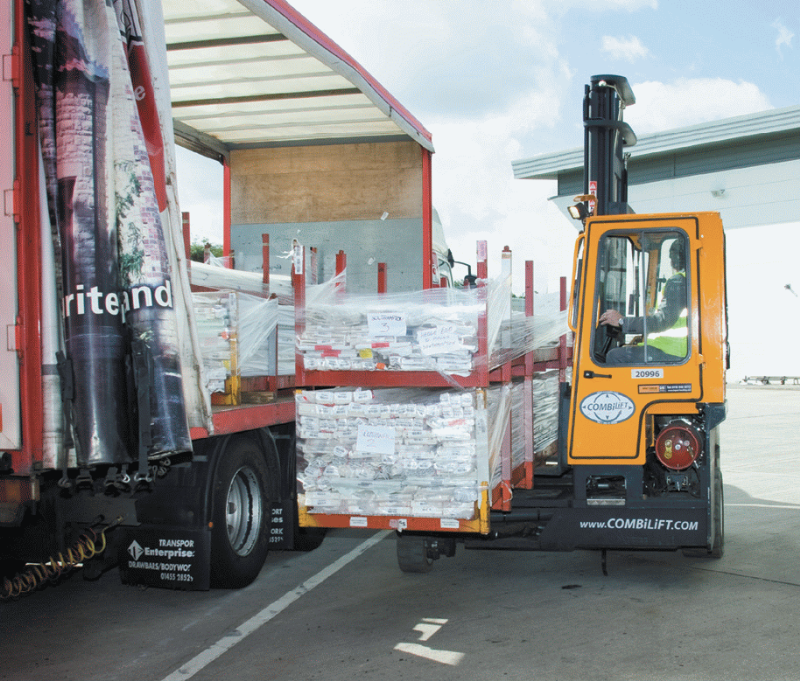 “We operate 120 Combilifts in Eurocell depots throughout the UK and 22 in manufacturing & distribution, all supplied and supported by Impact,” says Jeff Newton, Eurocell logistics manager. “The C4000 models cover the majority of the fleet. We also use two five tonne capacity C5000s in distribution, for outside rough terrain work. The trucks are used for loading and unloading vehicles and movement of both finished and semi-finished stock around the respective sites.” The Combilift’s operating system was clearly the right solution for Eurocell’s needs for the handling of six-metre plastic extrusions. The arrangement now is for vehicles to be supplied on full-service contract and an Impact technician is permanently based at the company’s Alfreton sites, which has helped to cut machine downtime.

“The Combilift is, without doubt, the best tool for the job. There are cheaper imitations but they simply aren’t as well engineered,” says Newton. “Tony and I are developing a new idea for our specific storage requirements and we’re working on the required modifications with Combilift. Eurocell finds that Impact is responsive to its needs and everyone from Impact’s MD downwards is interested in ensuring we get the right kit for the job, the aftercare service we require and they make themselves available to us accordingly.”

Combilift four-way forklifts are all designed and built in Monaghan, Ireland, where the company also has its HQ and R&D facility. The current Combilift range now encompasses at least 15 base models with capacities ranging from 2.5 to 25 tonnes, with LPG, diesel or AC electric power available. Combilift has won numerous awards for its innovative products and there are now over 15,000 units in operation in 60 countries around the world.