Five energy trends to look out for in 2018 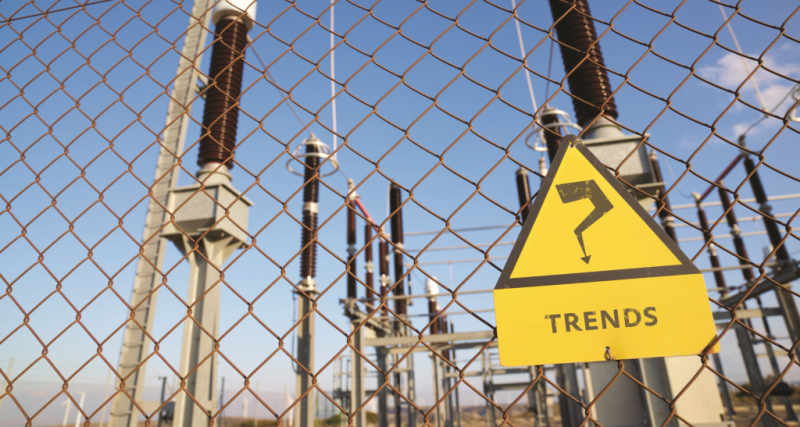 According to the International Energy Outlook 2017, world energy consumption will increase by 28 per cent between 2015 and 2040. But, what changes will have to take place to meet this growing demand? Here, Jürgen Resch, Energy Industry Manager at industrial software expert COPA-DATA, gives his outlook on what 2018 has in store for the industry.

What was once referred to as ‘alternative energy’, is no longer alternative. Renewable sources, like solar, wind, hydroelectric and geothermal power are viable options that are already effectively serving the energy grid — and the market doesn’t show any signs of slowing down. In fact, according to Bloomberg’s top energy analysts, 72 per cent of the $10.2 trillion global spend on new power generation will be invested in new wind and solar photovoltaic plants.

Despite high levels of investment, renewable energy is not always reliable, due to its intermittent nature. Solar or wind power, for example, is not always functional when there is a lack of sunlight or air current and managing this will be a continuing challenge in 2018. Nevertheless, renewables have secured their role in the energy portfolio and are rapidly gaining market share.

Developments for energy storage have increased in recent years, as a way to support the increased and sporadic generation of energy from renewable sources.

Energy storage is the basis of many the new technologies that will join us in 2018 — including Tesla’s famous Gigafactory, which aims to accelerate the world’s transition to sustainable energy through affordable energy products and the company’s flagship electric vehicles.

The transition from a traditional, centralised power grid to a more distributed one will bring significant changes in 2018.

DERs have the potential to provide power, capacity and ancillary services to the grid, but as utilities begin to explore the capabilities of DERs more challenges will need addressing. This includes incorporating intermittent generation from renewable sources, which, again, calls for developments in decentralised energy storage technology.

Europe’s first blockchain project to stabilise the power grid was launched in the final quarter of 2017 — and the project’s success has already begun to lead the way for the future of flexibility in the energy market using blockchain technology.

In Germany, power grid operator, TenneT implemented blockchain technology to better manage the flow of new energy sources when it is added to the grid. Meanwhile, storage firm Sonnen provided batteries to homeowners that allow them to store the power generated in their home when they are not using it.

The project, which is still in the pilot phase, is the first of its kind to use blockchain technology in Europe and is leading the way for the future of integrating renewable energy sources into the grid.

Not necessarily new for 2018, but the Internet of Things (IoT) will remain core to managing these technological changes in the energy sector. With intelligent monitoring of connected sensors on smart meters, substations and DERs, the insight derived from these devices will be used to ensure safer on-boarding of distributed energy, provide secure energy storage and solve critical problems as part of blockchain.

The sector is experiencing rapid changes, but these trends should not be considered distinct or separate categories. In fact, the convergence of these trends is required to drive real change in the sector. Of course, comprehensive software will play an important role in connecting these new technologies with the real world.

According to the International Energy Outlook 2017 worldwide energy demand shows no signs of slowing down. To make the most of new generation methods, such as renewables, the industry must embrace new technology to manage the increasingly complex grid.

Lights out, power on

Honeywell commits to carbon neutrality in its operations by 2035