Worley has been awarded a front-end engineering design (FEED) services contract for a power-to-fuel project in Sweden. 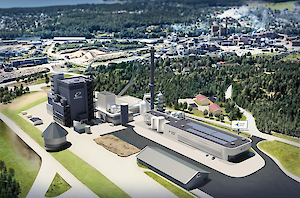 Liquid Wind plans to build its first commercial scale eMethanol facility in Örnsköldsvik, northern Sweden. The facility is expected to produce 50,000 tonnes of renewable methanol every year. The feedstock for the facility will use biogenic carbon dioxide from a biomass-fired power plant and combine it with green hydrogen, made from renewable electricity and water, to produce eMethanol.

This provides an alternative to fossil fuels and a potential pathway to reduce carbon emissions by over 90 per cent in marine transportation. eMethanol can also be used as a building block in the production of other sustainable chemicals. These include acetic acid, formaldehyde and olefins. This synthetic methanol can contribute to the decarbonization of industries such as adhesives, solvents and plastics.

Worley will provide FEED services, including the project’s cost estimate. These will be executed by Worley’s Sweden and UK offices with support from its Global Integrated Delivery team.

Liquid Wind plans to build 500 facilities by 2050. The focus will be on designing operations for scalability through intelligent replication of facilities, to reach the scale needed to reduce carbon emissions significantly. Worley will make this possible through a standardized design concept that can be replicated and utilized in Liquid Wind’s future developments.

“Worley has extensive, relevant experience and we are confident it will be a valuable partner in developing standardized and replicable eMethanol facilities,” said Claes Fredriksson, CEO and Founder at Liquid Wind. “Its experience with a modular approach will support in keeping costs down and increasing our speed to market. As well as enabling the rapid replication of facilities, which is needed to meet the growing demand for carbon-neutral liquid fuel”.

“Synthetic fuels will play a significant role in the future of transportation and in the decarbonization of several other industries,” said Bradley Andrews, President at Worley. “We are committed to delivering a more sustainable world and we look forward to helping Liquid Wind achieve its sustainability goals and ambitions to bring renewable methanol to market at scale.” 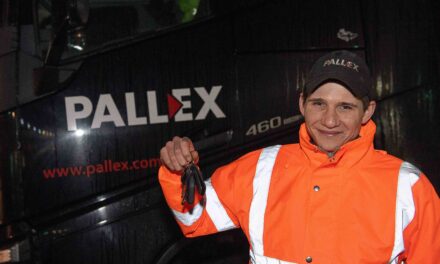