Has the introduction of robotics led to household chores becoming a thing of the past? Sadly, not yet. While robot vacuum cleaners are growing in popularity, we don’t yet have a robotic personal assistant to complete all of our tedious household tasks. For a robot to fulfil this role, it must be able to work reliably in unpredictable environments and importantly, be easy for the homeowner to program. Here Sophie Hand, UK country manager at industrial automation equipment supplier EU Automation, discusses the importance of making robots easy to use.

As well as robot vacuum cleaners, engineers have also developed laundry folding robots. Two examples are the Laundroid, which takes four minutes to fold an item and the Rethink Robotics helper, which takes 15. While folding laundry is a menial task for a human, it’s incredibly difficult to program a robot to do it, hence it taking a machine much longer to complete. At these speeds, it doesn’t seem feasible for a robot to take on the job — a human could do it several times faster.

Several of the barriers to implementing personal robots in the home also apply to introducing industrial robots to factories. Collaborative robots and mobile platforms offer stark benefits in speed, accuracy and repeatability, but if implementing and programming them is complex, many small and medium sized enterprises (SMEs) will be put off.

Small businesses may not have the skills in-house to incorporate robots effectively, or they may lack the resources to constantly input instructions into a device. If you think about a robot with six degrees of freedom, the operator has to position the robot in six different directions. If the environment changes or the robot is required for multiple tasks, it would be unfeasible to program the robot intensively for each application — it would simply not be flexible enough.

To broaden the accessibility of robots into more applications than their traditional uses in automotive and electronics manufacturing, numerous robot manufacturers are focussing on making their technology as simple as possible for the user. Universal Robots (UR) has been working with Robotiq to help bring collaborative robots to SMEs, by making both the robot and its programming easy to use. UR is offering integrated programs to help set up the basics, such as the pallet wizard to talk users through pick and place programming in just 30 minutes.

Start-up company, Southie Autonomy, is also helping make robot programming easier by developing a pointer-based interface to program a robot in seconds. Known as The Wand, the pointer shows robots what to do in seconds — it doesn’t explain how to do it. This technology improves flexibility, which makes it easier to justify a robot as an investment, particularly for a smaller business.

Energid also offers tools that mean the user can easily program a robot to perform a specific action. The Actin 5 software development kit, for example, helps developers to design, model and control robotic systems to make it easier to build advanced applications. The company aims to make it so that anyone can use the kit, without any advanced programming knowledge. It will also help users to communicate with robots in real-time, so they can adapt mid-task if needed, adding that much needed flexibility bonus. 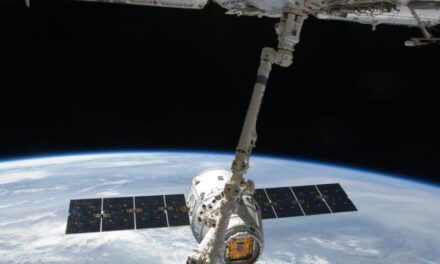 A formula to avoid I4.0 disrupting the manufacturing process