Slingsby says that newly introduced sentencing guidelines for health and safety offences mean it’s more important than ever that employers stay on top of their safety obligations.
The changes were introduced 1 February 2016 as part of the Definitive Guideline for the Sentencing of Health and Safety, Corporate Manslaughter and Food Safety and Hygiene offences published by the Sentencing Council for England Wales.  For the first time it gives courts in England and Wales comprehensive sentencing guidelines covering the most common regulatory offences.
The guidance means businesses with an annual turnover of more than £50 million can face fines of up to £10 million for health and safety offences and those convicted of corporate manslaughter can be fined up to £20 million. These figures can increase even further for very large organisations.
Slingsby supplies more than 35,000 workplace products across all industries including an extensive range of health and safety equipment.
“The idea of these changes is to create a level of consistency when it comes to punishing health and safety offences,” explains group sales & marketing director Lee Wright.  “Fines are now based on the seriousness of an offence, the amount of harm caused, the culpability of the offender and the offending organisation’s turnover.
“The guidelines set a starting point for fines depending on each of these factors along with a number of other mitigating and aggravating influences that the courts can then take into account before deciding on a punishment.
“As a result fines are likely to soar above their current levels which will be a wake-up call to any companies that fail to take their health and safety obligations seriously. This means all companies must ensure they are investing properly in continually improving their health and safety procedures in order to be as compliant as possible and protect both employers and the public from accidents, injuries and ill-health.
“Ultimately the benefits this brings as well as the costs associated with such preventative measures will be far more favourable than facing the fines that come with the new sentencing regime.”
www.slingsby.com

L’Occitane sets the standard for virus sanitisation with ICE Cleaning 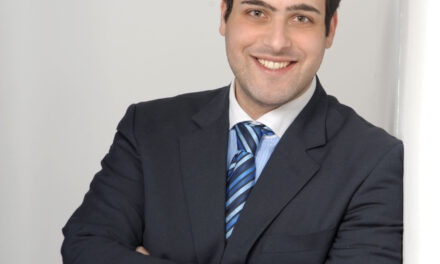