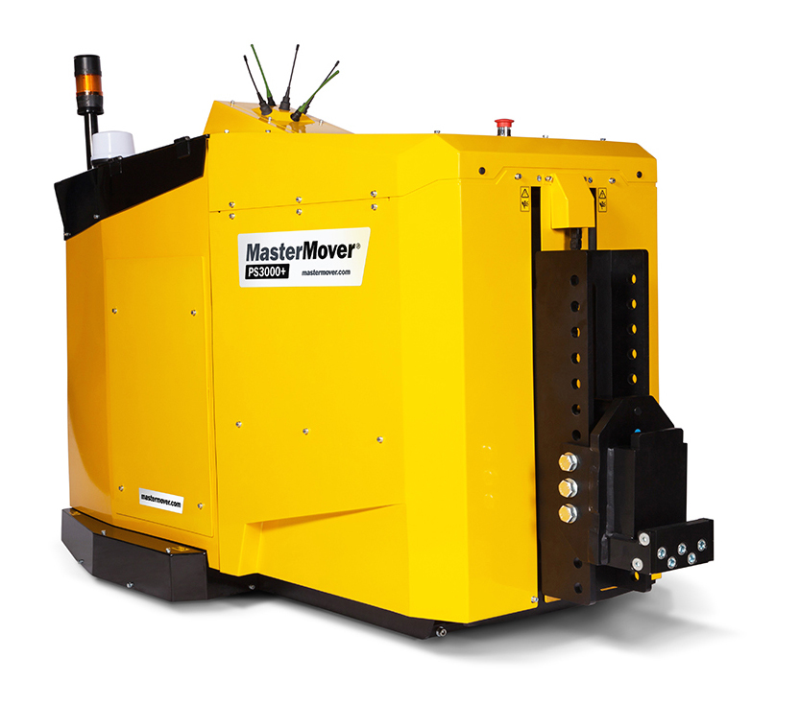 Electric tug specialist MasterMover has launched its first fully remote operated electric tug. The machine, named the PS3000+, is replacing the company’s MT20/3000+ PAS range and is MasterMover’s most powerful machine to date. Moving loads on castors up to 30,000 kilograms, the tugs can be used in various industries including boat building, aerospace manufacturing and wind farm construction.

The PS3000+ is the first device from MasterMover that can be wirelessly controlled and does not require a pedestrian operator to manually drive the machine.

Designed with power steering to assist the operator in manoeuvring loads, the tug also features a robust hydraulic mast and a smart coupling system, which together with a self-levelling hydraulic system, provide maximum traction to the industrial drive wheel.

The tug’s castor guard is also self-adjusting making it safer for the user. The machine also features emergency stop buttons and an automatic braking system to maximise the device’s safety.

“Businesses have traditionally used cranes and forklifts to move heavy loads, which comes with various risks and safety problems,” explained Andy Owen, managing director of MasterMover. “These range from the object or load potentially falling from a height and endangering staff, to hitting other objects while dangling.

“In the wind turbine manufacturing, for example, the manufacturing and assembling of blades and components can be a complex process. It requires fast, safe and effective transportation of the individual components across a facility. In some instances, engineers are also required to move support equipment such as production tooling and test equipment.

“With our latest technology, tasks like this can be simplified. This is because, with the wireless transmitter in the device, operator have complete control over the machine and are able to position themselves at a preferred distance from the load, improving operator safety and visibility.”

In addition to the increased operational efficiency, the PS3000+ has been designed with an interchangeable, side loading, industrial capacity battery system to enable continuous operation.

Impact boss insists the service is as important as the sale