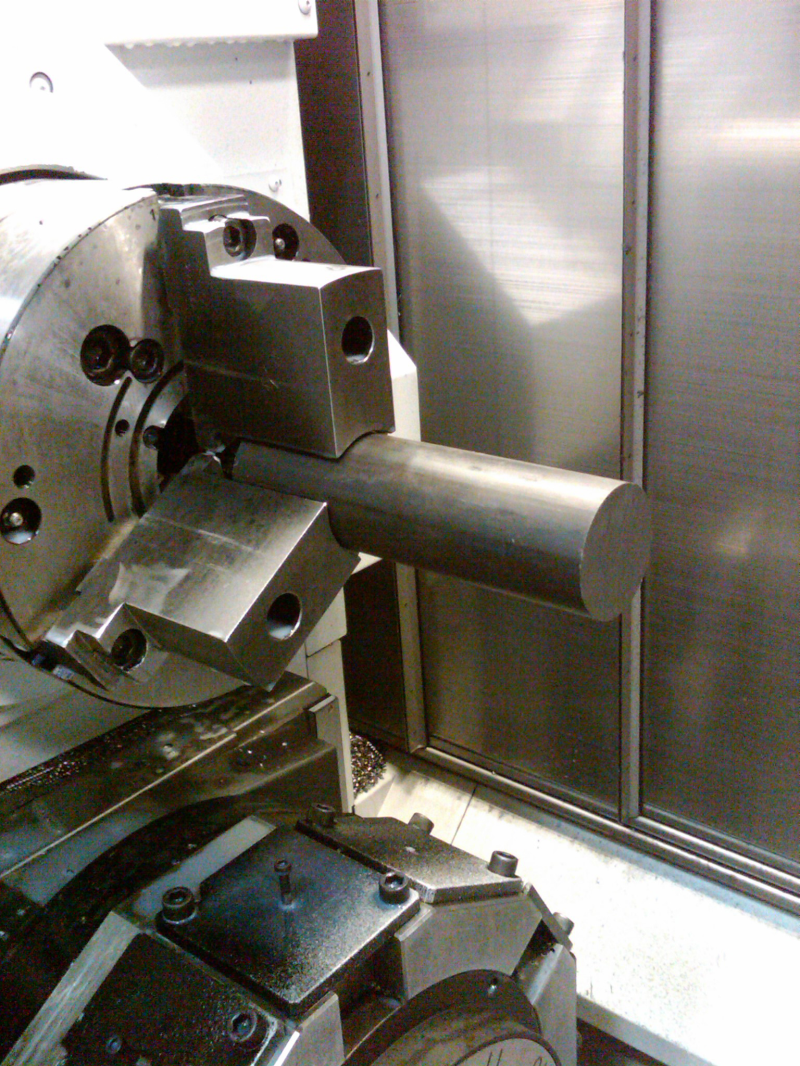 “In the industries that we serve, we’re a unique company in that we’re family owned and operated — and design, manufacture and service our own products,” says Brandon Anderson, president and owner of Von Ruden Manufacturing. The company manufactures and distributes a complete line of hydraulic motors, gear boxes, brakes and tool products, along with accessory items such as valves and overhung load adapters.  Another unique feature of Von Ruden is that it makes all of the gear components for its products — which entails just about every product that it makes. In 2001, Von Ruden launched its “Driven Tool” product line, which is a line of driven and static tooling for the machine-tool market. Its metalworking equipment includes horizontal and vertical mills, horizontal lathes, grinders, and more.

Several years ago, the company purchased a Mori Seiki NT 4250 multi-tasking machine tool and found itself in need of powerful computer-aided-manufacturing (CAM) software to program its new complex machinery. “We saw the effort that DP Technology was making with Mori Seiki and that led to us trying ESPRIT,” says Anderson of selecting the new CAM software. “Their effort with the OEM (original equipment manufacturer) was a factor for us because we knew it would continue.”

DP Technology, creator of ESPRIT® CAM software, is partnered with Mori Seiki. For the customers of both companies, this translates to Mori Seiki factory-certified ESPRIT post processors and Mori-specific ESPRIT customer support — including an ESPRIT application engineer stationed within a Mori Seiki facility.

In line with the merging of machine-tool companies Mori Seiki and DMG, ESPRIT was selected as a partner in the DMG MORI Qualified Products Program. The program was created to facilitate the technology-acquisition process by providing customers with a single, optimized source for manufacturing equipment.

“Our primary reason for investing in ESPRIT was to reduce our process development time from design to product release, to making the first chip on our CNC machines,” says Steve Geurts, operations manager. “If we are able to utilize in our CAM package all of the part geometry as established in our CAD package, it greatly reduces time spent in manufacturing engineering on part program, or G-code, development.”

While some products may not require the tightest of tolerances, others, such as driven tooling, must hold a tolerance of one or two tenths. Likewise, many parts required multiple operations to complete.

Paired with robust CAM software, the implementation of multi-tasking machinery translated to time savings in the form of a reduction in the number of operations — in many cases taking five or six operations down to just one — in addition to reduced part loss from machine set-ups and improved part quality.

The company’s programmers also found that the software made it easy to retain the integrity of CAD (computer-aided-design) data, process retention, and more.

“For our multi-axis Mori Seiki NT4250, ESPRIT was the obvious choice,” says Frank Matz, manufacturing engineering coordinator. “With the integration between SolidWorks® and ESPRIT, solid models import seamlessly into ESPRIT so that there is no need for data duplication on the CAM side, unlike when using other CAM packages.”

Before acquiring the NT4250 and ESPRIT, Von Ruden’s live tooling required eight hours of setup time, four operations across several work centers and seven days of processing — and each setup resulted in a significant amount of scrap material.

“Now we are able to save and reuse machining processes, bolt-hole patterns, pocketing, and more,” Matz says. “Once you have a few parts under your belt, you never have to program a new part from the ground up every time. The geometry can be completely changed from the previous part and ESPRIT will read the solid model and adjust accordingly.”

Parts can now be completed in a single operation, which cuts setup time by 95 percent. In addition, projected lead times were reduced from eight weeks to fewer than three weeks, and scrap has been nearly eliminated.

Manufacturing Engineer Julie Weege says ESPRIT also makes it simple to import a solid model from SolidWorks, “orient the part to our machine axis, and program right from the solid part.”

“Having the graphic on your computer to visually see any crashes is the best thing since sliced bread,” Weege says.

For Geurts, knowing that Von Ruden will be supported if, or when, technological and mechanical glitches do occur was an element of choosing the right CAM package.

“If we ever have an issue, I know I can reach out and get a resolution.”