Quality assurance in the automotive industry: Zero defects are the basis for lean production 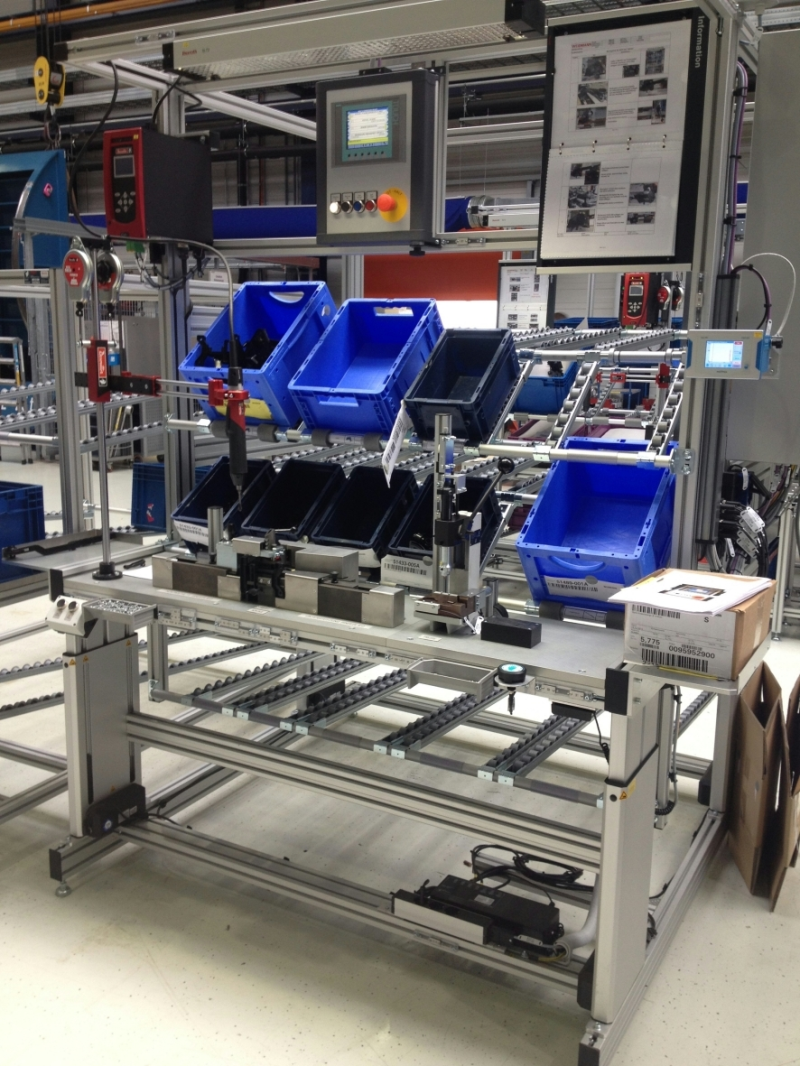 With the wide range of options available on even lower cost cars, remote manufacture of sub-assemblies is now an essential part of the production process. To maintain the integrity of lean production processes, new ways of working need to be developed. In response to this need, Kistler Instruments has developed an easy to use method of monitoring sub-assembly production which supports the concept of lean production by delivering defect free sub-assemblies and components reliably. The Kistler maXYmos system is used widely to provide accurate OK or NOK notification to the operator at each stage of the assembly process.

Weidplas, a supplier of sub-assemblies to the automotive industry, is a typical user of the maXYmos system to ensure that components supplied to its customers are always within specification. When the company won a contract to build and supply a complete air damper control unit which involved assembling one component in which an electric motor actuates several dampers via a mechanism, a local specialist was commissioned to design and build an ergonomic workstation for the assembly of the control unit.

An essential part of the workstation was to be a quality assurance capability in the form of force-displacement monitoring to ensure that every mechanism was fully compliant with the specification demanded by the end user. The workstation designer had worked with Kistler on a number of projects and the QA requirement was met by using the company’s maXYmos BL force-displacement measuring system to monitor, evaluate and document the quality of each production step and the final assembly based on a force-displacement curve progression. 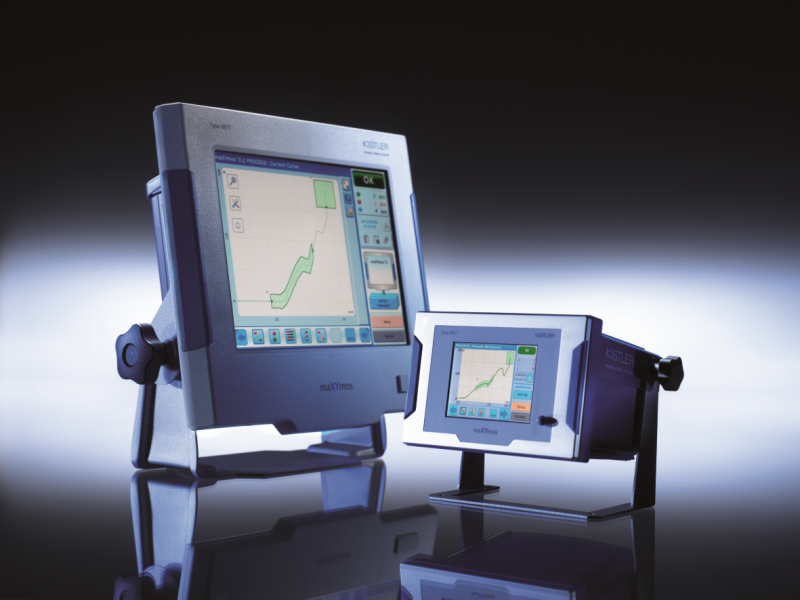 In the production of the damper control mechanism, a total of eight individual components had to be installed sequentially including a coupling rod with a related splint that had to be press-fit into place. With these press fit operations in particular, the joint can only be checked by a destructive testing of each completed mechanism, which obviously was not a valid solution.

With the Kistler maXYmos system monitoring each step of the assembly process, any out of specification force-displacement characteristics are identified in real time and the defective mechanism rejected before further processing.  If a process value is within the target limits, it is displayed to the operator in green, or otherwise in red. This means that any process deviations are recorded and signalled immediately and potential faulty parts can be filtered out at an early stage Quality assurance of all manufacture parts is not only maintained but is provable as each step in the assembly process is documented. 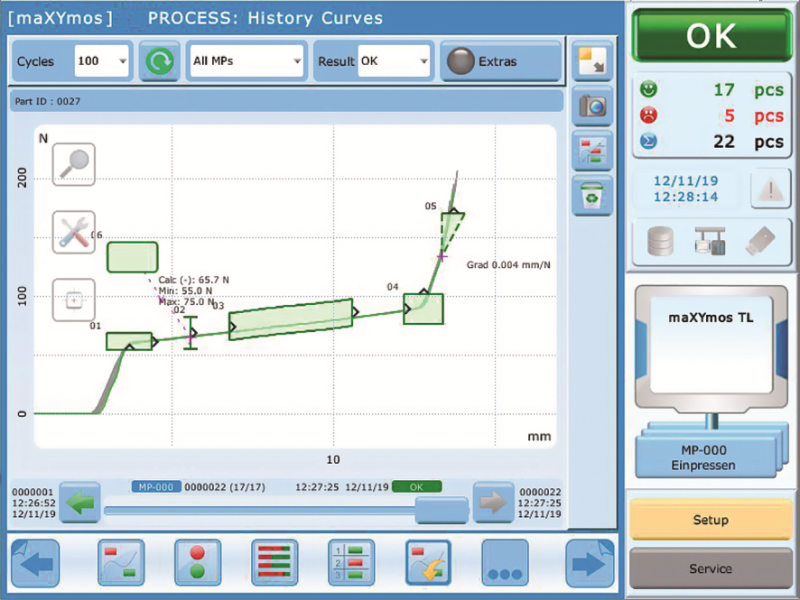 Force-displacement monitoring by the Kistler maXYmos system provides the basis for reliable, cost effective, zero-defect production. Independent of the operating personnel, the measuring system ensures that all processes are executed to a consistent level of quality. Based on the force-displacement curve produced by the maXYmos BL, faulty parts are detected at the earliest stage possible and removed from the production line. This contributes significantly to the lean production approach by saving on resources and maximising production efficiency.