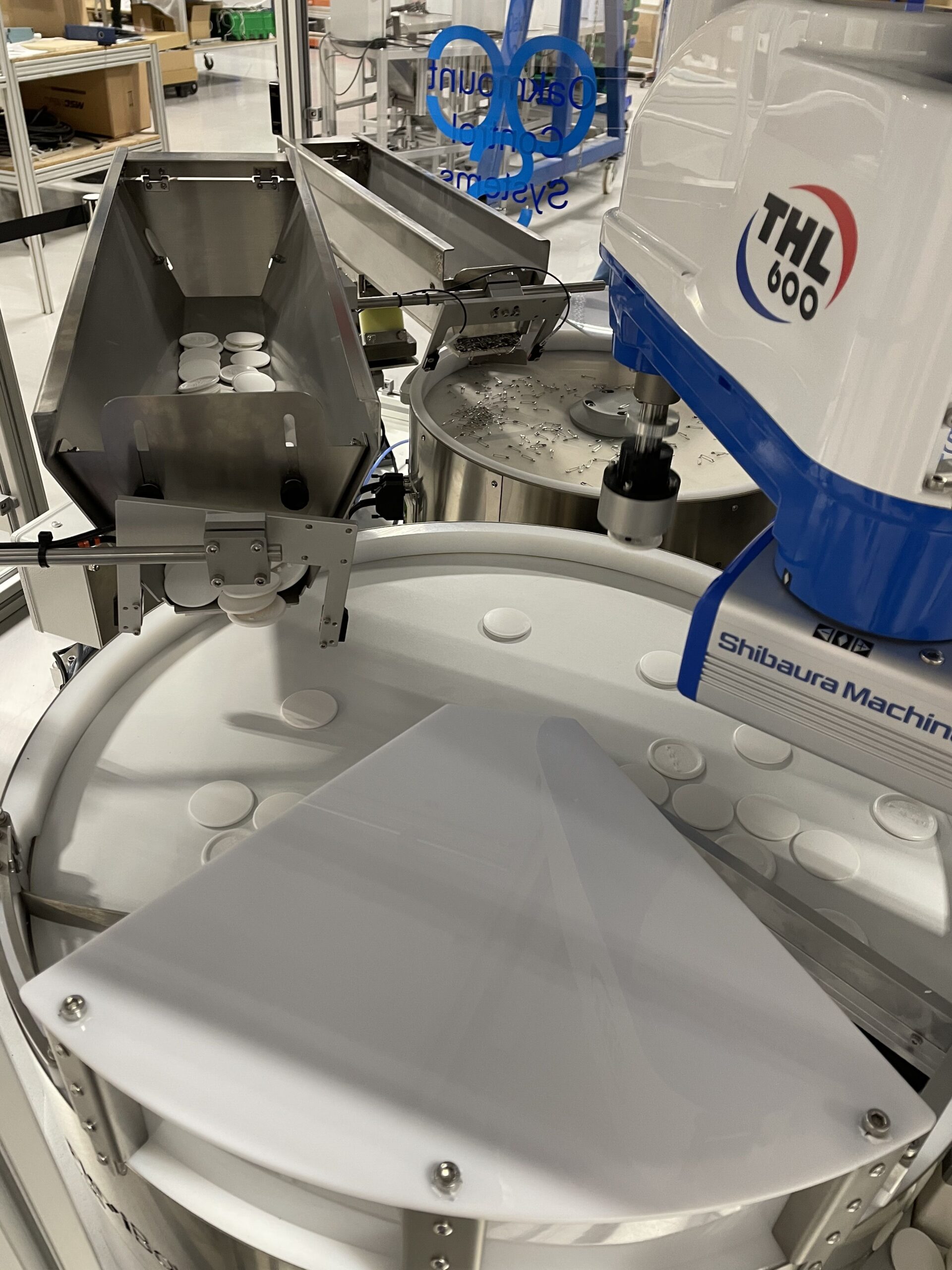 Oakmount Control Systems is utilising the benefits of two FlexiBowl parts feeders and two Shibaura SCARA robots – both supplied by RARUK Automation – as part of an automated system that assembles plastic badges for a leading badge maker in Cornwall. The system, which has replaced manual assembly operations, can run 24 hours a day producing badges for a number of global blue-chip companies.

Launched in 2002, Oakmount Control Systems started out designing and manufacturing industrial control systems but soon expanded into turnkey automated systems. Such has been the company’s success that it recently relocated to 50,000ft2 premises on a two acre site in Plymouth.

The company bases its success on involvement at every project stage, from initial concept and design – through precision tooling, fabrication and assembly – to installation, testing, commissioning and aftersales support. Among the latest examples of Oakmount’s expertise is the development of an automated badge assembly system.

“Our customer originally employed manual labour to assemble the badges but couldn’t keep up with demand and clearly needed to automate,” explains Julian Flannery, Mechanical Engineering Manager at Oakmount Control Systems. “They approached us because we manufacture bespoke automation equipment as part of turnkey packages.”

At the heart of the system developed by Oakmount are two FlexiBowl parts feeders (FlexiBowl 500 and 650 models) and two Shibaura Machine THL600 SCARA robots.

“FlexiBowl systems and Shibaura robots lend themselves to this type of application, particularly with their ease of integration and speed,” states Mr Flannery. “They are the very latest models available and represent what a high-specification project of this nature warrants.”

As an innovative flexible parts feeder that is compatible with any robot and vision system, the range of FlexiBowls can handle entire families of parts within a size range of 1 to 250mm and up to 250g in weight. Product changeovers take a matter of seconds thanks to intuitive programming and the absence of dedicated tooling. The FlexiBowl 500 and 650 models selected by Oakmount Control Systems are suitable for parts measuring from 5 to 50mm (up to 100g weight) and from 20 to 110mm (up to 170g weight), respectively.

Although Oakmount had used FlexiBowl and Shibaura solutions together before in a highly successful automated system that feeds, picks and places a medical product into individual packaging trays, fundamental differences with the new project prompted the company to request support services from RARUK Automation.

“We approached RARUK Automation and explained our requirements,” says Mr Flannery. “Of specific note, we asked them to run a feasibility study and various simulations to see if the automation solutions could meet our ambitions for the system. The results of those studies and simulations gave us the confidence to procure the FlexiBowl systems and Shibaura robots. It was then simply a matter of integrating and commissioning the equipment.”

In terms of functionality, two hoppers (one feeding badges and the other feeding safety pins) serve the individual FlexiBowl systems within the badge assembly machine at Oakmount. The objective for the FlexiBowl systems is to sort the components and present them to the Shibaura THL600 SCARA robots in an easy-to-pick way. A vision system looking at the position of the badges and pins on the FlexiBowl systems provides location co-ordinates to the Shibaura robots. Once picked, the badges/pins are placed into a nest where the machine crimps the two parts together before releasing the completed badges down an outfeed system.

Give us a break, logistics drivers ask government

JOIN US IN MANCHESTER & MAKE YOUR MANUFACTURING SMARTER