See when casks are running empty 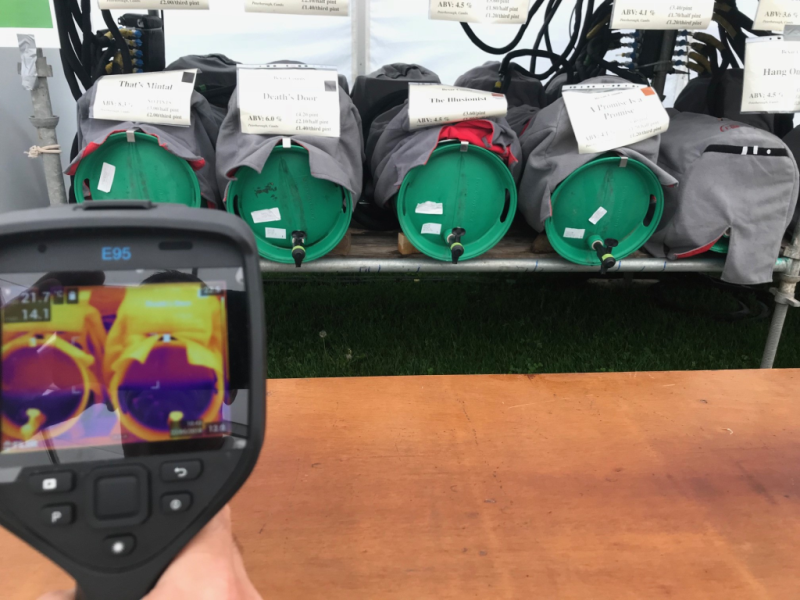 Summer festival season, and for many, time for nothing better than a pint of real ale to quench the thirst. But when demand is high it’s especially important for the busy bartender to know when the gravity fed cask is nearing empty.

No one wants to serve, or be served, a glassful of sediment so the traditional prevention methods are to manually record the number of units dispensed from the cask coupled with dipstick testing to double-check the level. This is laborious and time consuming and certainly not ideal when there are queues of thirsty customers waiting to be served.

One solution that is proving increasingly popular is thermal imaging. This technology is extensively used throughout industry in all manner of fault finding applications as well as for inspecting vessels and monitoring their content level.  Until recently, however, the cost of an infrared camera has ruled out its use for niche applications such as commercial beer cask checking.

FLIR Systems has been instrumental in rolling out the technology to a much wider audience with the development of its Lepton micro-detector which is the size of a SIM card. This has led to thermal imaging being incorporated into meters for the trades and even smartphones. And as a result it is now a simple, quick and highly cost-effective detection method that recently proved its worth at the Cambridge Beer Festival. 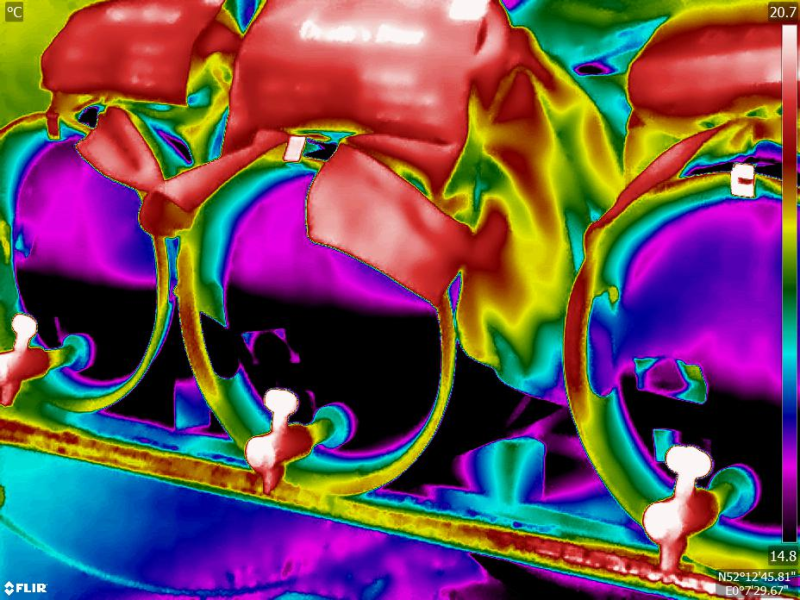 Thermal imaging expert, Allister Pirrie – a thermographer with Baldock-based building surveyors Stanburys Limited – was invited to demonstrate the scope of the technology at the event.

“I met one of the organisers at a completely unrelated trade show where I was using thermal imaging to confirm the energy efficiency of a new pipe lagging system,” Allister explained. “A guy in the audience then asked if the camera would be able to detect fluid level in beer casks and I ended up putting the camera through its paces at the festival. The images show how clearly the beer level can be seen in the cask and there is a range of FLIR cameras available from Stanburys suitable for the job including the entry level FLIR C2 and FLIR C3 fully-featured, pocket sized thermal imaging cameras.

Another big benefit of thermal imaging is that it is not restricted to a single application. It can also, for example, be used to take a temperature measurement of the beer from the face of the cask or the gas cylinder level on a barbeque.

XPO Logistics Releases Whitepaper: “Holiday Peak 2020: A Glimpse into the Future of E-Commerce”

How can packaging increase your sales capacity and profits during peak season?