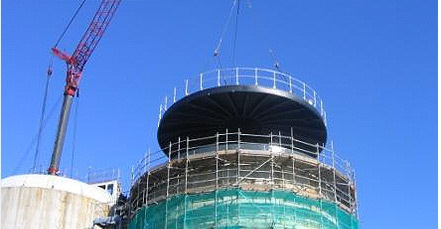 The annual Ammonium Nitrate/Nitric Acid (ANNA) conference was recently held in Tucson Arizona by guest hosts Apache Nitrogen. The conference is conducted in a different country every year with Benidorm in Spain being used last year.

The 6 day event which started on 29th September 2014 allows professions in this niche market to come together to discuss the latest technical information and view presentations from selected speakers. For those that weren’t able to attend this year’s conference GTS Maintenance take us few some of the bits that you may have missed.

A History of the Conference

The meetings began back in 1970, and were originally designed to help US fertiliser engineers to come together and try to overcome pollution problems associated with ammonium nitrate prill towers. This was hosted under the name Ammonium Nitrate Pollution Study Group and was attended by around 15 companies.

Over the years the conference expanded as more and more companies became involved, and with the original problem solved the group name effectively changed and eventually became ANNA in 2002. Three years after this change, vendors were voted in and allowed to be present during the meetings and presentations which led to the present day format. The conference now has a truly international flavour to it with around 400 participants coming from over 40 countries every year.

Throughout the event participation and discussion is encouraged, with a few rules to ensure that competition boundaries are respected. Although attendance is the best way to experience the event you can also access information from previous years through the ANNA website.

The 2014 conference started with the usual format of opening remarks from the chairman. From here the day was split down with talks and presentations from various guest speakers involved in the industry. The week itself was split into two parts with the first two days covering a wide range of topics on ammonium nitrate and the second part of the week dedicated to discussions about HNO3. With around 20 papers discussed over the course of each topic there was very little that was left unsaid and a plethora of vital information and ideas shared.

The conference is a fantastic opportunity to network and connect with people while also exploring new information from the industry. Next year’s host and venue are yet to be decided but you check the website for all the latest information.