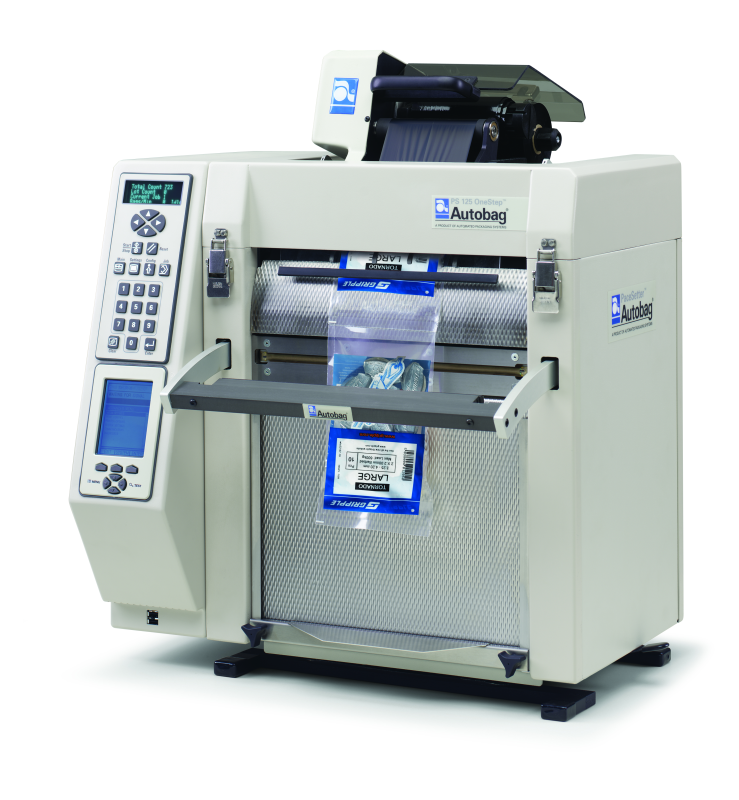 In a world where many speak fluent Kaizen, completely removing a production step in any manufacturing process remains a celebrated achievement.  In its kit production factory in Sheffield, Gripple®  has done just that thanks to the advent of ultra-reliable desk-top bagging from Automated Packaging Systems.

Gripple is a model business; the glass cabinets in its beautifully restored former gun factory are full of prestigious awards for innovation, engineering excellence, export and charitable work.  It’s a business where everyone embraces change, secure in the knowledge that labour saved will be redeployed to help the business grow.  And grow they do, year on year, with more patented products being sold in more countries and made more efficiently.

The drive to continuously improve is as much a part of Gripple culture as is its commitment to citizenship and shared ownership.   Production manager Darren Cork explains: “We map production flow, calculating production values for each part at every stage.  Not only do we know what it costs to make a part or a kit, but we know exactly how that cost of production has built up, and with that information we can see where changes and investment can have maximum impact.”

Producing Gripple hanger kits has always been a six stage process.  Patented Gripple hanger slings are manufactured at The Old West Gun Works.  Wires are cut to length, finished, coiled and counted by machine, then sent to the packing area for bagging with the required number of Gripple tensioners, before being boxed in shelf packs ready for distribution.

“We had one packing area being supplied by eight manufacturing stations,” says Darren Cork.  “As a result our lead times from order to dispatch were longer than the market wanted.  We take orders until 5pm for next day delivery, but the only way we could service that commitment with the old set-up was to hold stocks of multiple kits at a high volume.

“I’d been asked on more than one occasion whether we were ever going to be able to bag straight off the wire finishing machines.  If we could make it and pack it in a single step, we’d be able to finish goods faster and drastically reduce lead times.”

Automated Packaging Systems provided the answer – its Desktop PS 125 OneStep bagger is quick, has a small footprint to sit within the wire finishing workstation, and can handle the range of bag sizes needed for all Gripple kits.  And crucially, the PS 125 system lives up to its reputation for ease-of-use and reliability, giving Darren Cork and his team the confidence to make and pack in a single step without fear of holding up production.

Autobag sales engineer Mick Sorahan already knew the Gripple business – two Autobag AB180 systems were installed in the packing zone in 2006, and the relationship between Gripple and Automated Packaging Systems goes back more than 20 years.

“Gripple bought ten PS 125 OneStep baggers in the last quarter of 2012,” explains Mick Sorahan, “one for each of its eight wire finishing workstations, one for its packing area to be used for accessories and one for its Gripple Europe site in Obernai (France). The machinist now takes the required number of coiled finished wires off the exit conveyor and packs them straight into a pre-opened branded bag on the PS 125, together with the Gripple tensioners.  Because the PS 125 sits right next to the wire finishing machine, and is so easy and quick to use, the machinist has plenty of time to complete the packing phase without holding up production.” 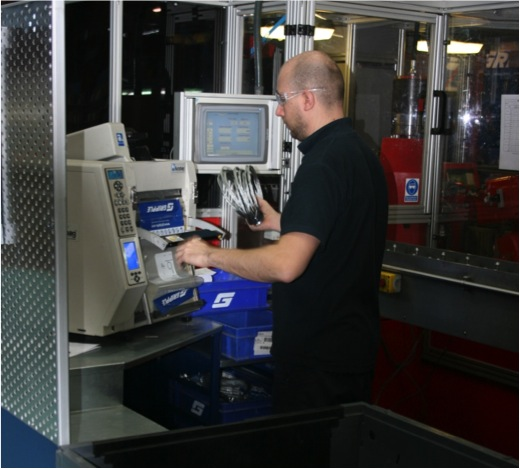 Any improvement in efficiency which leads to a reduction in labour has a huge impact on profitability.

According to Darren Cork, the PS 125s will pay for themselves in less than 9 months: “By taking an entire step out of the production process, we’ve made a labour saving worth £100,000 year on year.  That labour has been redeployed already, helping us to grow the business.

“Because we’re now packing as we make, we can take orders until 5pm for manufacture and delivery next day.  That means less finished product held in the business.  We’ve switched to pre-printed bags too, improving our branding and doing away with labels; it’s all printed directly on the bag now.

“When Mick Sorahan introduced me to the PS 125 OneStep we also talked about the new tamper-evident Bags-on-a-Roll™ that are now standard on Gripple hanger kits.  We have a number of quality control measures in place to ensure the right quantities of wires, Gripples and accessories are in each of our kits.  When we occasionally have customers report inaccuracies it’s important we identify where problems have occurred, and to do that we need to be sure packs haven’t been tampered with.”

Packing at the point of manufacture with the Autobag PS 125 OneStep has completely removed one step in the process of producing Gripple kits.  As a result, lead times are down, less finished stock is held in store, costs have been significantly reduced, and labour has been redeployed. A spare PS 125 had originally been planned but the systems have been so reliable it wasn’t needed.

Packaging made from 100% post-consumer waste

What is the True Cost of Returned Goods?