Vacon ac variable speed drives are helping Food Industry Technical Limited (FIT), a specialist in energy management for commercial kitchens, to provide its customers with energy savings of up to 50 per cent on kitchen ventilation and extract systems. The Vacon drives are incorporated in FIT’s Cheetah range of modular air management systems, which have been adopted by many leading companies involved with food preparation, including Tesco, Sainsburys, Claridges, Center Parcs, Hilton and ASDA. 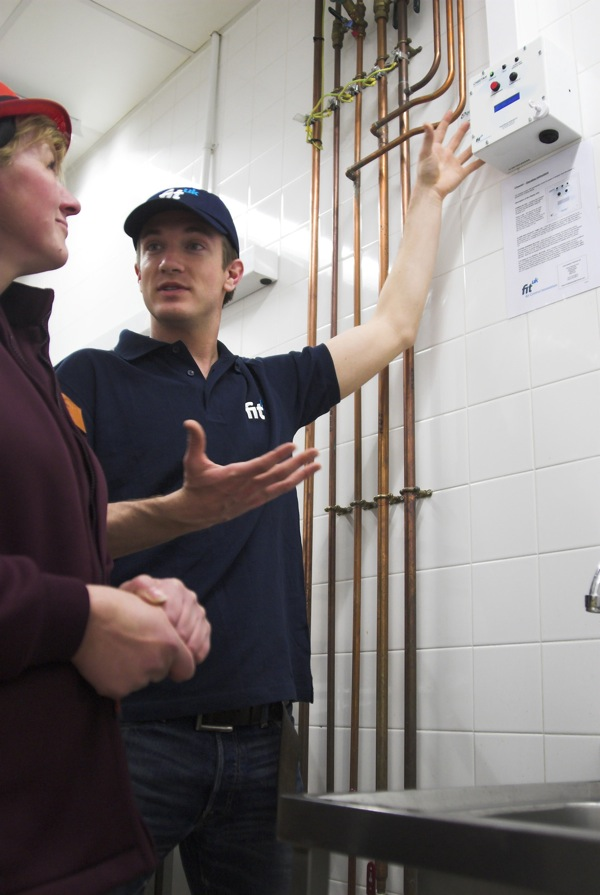 In conventional kitchen air management systems, powerful fans are fitted to cope with the peak emissions of smoke and steam that inevitably occur during commercial cooking operations. These fans are used in conjunction with single speed starters, however, which means that, for most of the time, they are providing a much higher level of air movement than is actually needed and, as a result, are consuming much more energy than necessary.

The Cheetah air management system from FIT addresses this issue by equipping the fans with variable speed drives and arranging for their speed to be controlled by sensors that monitor the environment in the kitchen.

The basis for control is that the higher the air temperature in the kitchen, the faster the fans run, but the Cheetah system incorporates many additional refinements to optimise its performance. For example, if a sudden release of steam or smoke is detected in the cooking area, the fans automatically ramp up to full speed and maintain this speed for a predetermined period. Manual override is also provided to cope with unusual conditions.

The key to the successful operation of the Cheetah system is the provision of reliable and efficient variable speed drives for the fan motors and, during the development of the system, the engineers at FIT evaluated drives from a number of major manufacturers.

“We carried out the traditional ‘beauty parade’ with the drives,” said Peter Evans, Technical Sales Director at FIT, “comparing their features, standard of construction and performance. It didn’t take us long to decide that drives in the Vacon NXL range were the best choice for our application. They’re compact, but there’s enough room inside for us to fit an RJ45 connector, they support the LonWorks networking protocol straight out of the box, and they’re very competitively priced.”

“In addition,” he continued, “the software for the drives has been designed to be easy to customise, and Vacon was happy to adapt it to meet our specific requirements. Finally, we knew from experience that Vacon provides excellent support, not just in the UK, but also globally, which is important to us as our Cheetah systems are popular all over the world.”

FIT has now used over 1500 Vacon NXL drives with ratings between 0.37 and 30 kW in its Cheetah air management system. It has found them to be maintenance free, and to offer excellent performance and reliability.

Tsubaki has the answer for Automotive coating applications