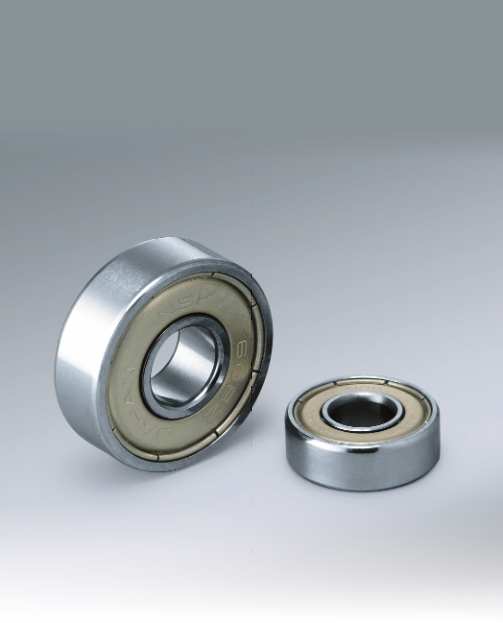 Throughout industry, there is a focus on the energy efficiency of electrically powered machinery and equipment. The chosen bearings also affect energy consumption so it may be worthwhile to draw on experiences of domestic appliance producers and car makers of using reduced-friction bearings

As it plays a key role for the economy as a whole, the mechanical engineering industry is right to be self-assured – and that includes being proud of its attempts to optimise energy efficiency. As well as numerous initiatives designed to reduce the energy consumption of machinery and equipment, there are legal requirements such as the use of motors with defined levels of efficiency (IEC 60034-30; efficiency classes IE1 to IE3, with IE4 to be added in the future).

In addition to this, a growing number of machine users no longer view the procurement price as the be-all and end-all when it comes to making investment decisions. Instead, they look at the total cost of ownership, which means that energy expenses throughout the machine’s entire operating life are now a decision-making criterion. Some manufacturers and operators even produce comprehensive energy assessments for the machines and equipment they produce or use, which include both the power they consume and CO2 emissions for the duration of their life cycle.

When it comes to the efficiency of stationary machines, systems and power-driven tools, interest is clearly focused on electric drives. Electric motors that comply with the highest current efficiency class – IE3 – are often fitted with special, reduced-friction bearings which help the drive systems to operate in an energy-saving way.

NSK has already developed such bearings for numerous manufacturers and users of electric motors as well as customising components to cater for clients’ specific needs. The spotlight is on single-row deep-groove ball bearings, which are generally used for motors of this kind.

In conjunction with electric motor manufacturers, NSK uses various design features to adapt the bearings specifically to IE3 motors and to reduce the bearings’ friction. This may include optimising the internal geometry, using plastic cages, finding the ideal lubricant and refining the seal geometry. The choice of materials and surface treatment can also make a difference.

On top of all this, the bearings’ finish must not be underestimated, especially on the raceways. An extensive series of tests by NSK has shown that a smooth surface which has been machined extremely carefully has a considerable effect on the bearing’s internal friction. The manufacturer’s production capabilities are therefore another prime consideration in this context.

During its work to develop reduced-friction bearings for industrial electric motors, NSK can draw on the extensive expertise it has gained by collaborating with manufacturers of white goods. Producers in this segment are highly sensitive as regards drives’ energy consumption, which is why they have been striving for years to use energy-efficient motors in conjunction with reduced-friction bearings.

Premium producers originally started the trend, which has now spread throughout the sector. Corresponding legal requirements – such as the German Energy Consumption Labelling Ordinance (EnVKV), which awards all appliances an energy label showing their efficiency rating – are an effective means of encouraging buyers to choose efficient appliances with the smallest possible environmental impact. Consumers are very sensitive about this issue and take efficiency ratings into account when they decide which appliance to buy.

NSK is a specialist in this challenging area of bearing use. By developing new bearings, the company achieves considerable savings in the interests of consumers and manufacturers alike. Here is a recent example. NSK developed a high-speed deep-groove ball bearing for the suction motor of a vacuum cleaner, which is designed for speeds of up to 65,000 rpm and features substantially lower internal friction than conventional bearings. The company made various design amendments to achieve this goal, such as preventing slippage between the rolling surfaces and the balls during high-speed operation.

This example shows that there is still considerable potential for reducing bearings’ friction. As well as improving the electric motor’s energy consumption, this has a positive effect on the amount of noise generated. NSK has achieved similar successes in its partnerships with German manufacturers of premium domestic appliances.

Just like the domestic appliance industry, the automotive sector plays a pioneering role when it comes to advanced energy-saving drives. As a global automotive supplier manufacturing everything from bearings for the drive train and electric auxiliary drives to wheel bearings and complete electromechanical power steering systems, NSK also has extensive expertise in this sector. The company has already developed ultra-low-friction seal systems for automotive bearings, for instance.

However, machine manufacturers and users who want to make the most of this potential and reduce both the energy their products consume and the noise they generate must allow for a certain amount of engineering work. This is because you cannot find energy-saving bearings of this kind in an NSK catalogue.

NSK always adapts its low-friction bearings to the relevant motor design and the specific application scenario – including special applications such as clean-room technology. This approach ensures that the greatest possible savings are made.

NSK completes this work at its European Technology Centre in Ratingen, Germany, and at its production plant in Kielce, Poland, where the relevant bearing series are produced.

The drive systems’ vibration behaviour and energy requirements are also measured at the Polish site, which even has application-specific test benches, e.g. for complete washing machines. These test benches are also used when drives are redesigned to optimise the energy efficiency of existing machines and appliances.

Industrial washer ticks all the boxes