Kevin Price, director, EAM, Infor, looks at some of the biggest culprits of energy waste in manufacturing facilities, and ­highlights the opportunity to turn waste 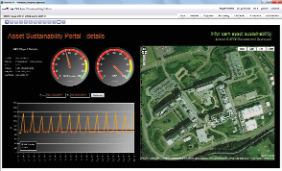 Driven by economic pressures, there is a view that manufacturing has cut costs back to the bone, a fact which has been partly responsible for its recovery.

But while it might appear the sector has exhausted all avenues of inefficiencies, in fact, evidence suggests that the majority of manufacturers are incurring excessive, unnecessary costs to the tune of a £16 billion.

As economic conditions seem set to remain tough for some time yet, manufacturers cannot afford to ignore the possibility of untapped profit if they are to maintain a competitive edge.

Energy is the single largest operating and maintenance expense, forming 60 per cent of a typical manufacturer’s O&M budget. Research shows that up to 80 per cent of this energy is wasted.

With electricity prices up 30 per cent since 2003; and predicted to rise by another 27 per cent by 2020, failure to address energy waste means its relative cost to the business will only increase.

Singling out the culprits

While energy wastage occurs universally, there are a few notable areas which can claim responsibility for a large proportion. Energy-hungry three-phase motors, used in equipment ranging from industrial fans, blowers and pumps, account for 60 per cent of electricity consumption in the world.

But the real culprit lays in how energy use is measured. Energy reduction strategies are often comprised of a utility bill-led approach, which while valid, is limited in what it can actually tell you about where inefficiencies and wastage are occurring. This ‘energy bill down’ approach does not include the detailed energy consumption patterns of individual plant assets which can identify when and where most wastage occurs. Without this detail, there is no way of knowing how much of the energy consumed is being wasted, and therefore what can be eliminated without impacting the running of day-to-day operations.

Because most manufacturers don’t track energy consumption at the asset level, let alone what proportion of that energy is wasted, many find themselves in virgin territory when tasked with exploiting this opportunity.

To realise the full extent of energy waste, it is important to fully understand the problem, identify which assets require attention and remain alert to the need to fix.

The process of comparing energy intensity across an enterprise or with external operations is referred to as benchmarking, which identifies the facilities or operations that are most inefficient, enabling resources to be focused on the areas which will deliver the highest return. This is where the inefficiencies of three-phase would be highlighted, if monitored.

This sounds straightforward in theory but the practice can be different. The granularity demanded by such an approach is impossible to translate into meaningful information through using traditional tools. The level of data necessary requires sophisticated collation and analysis, which is only available through the latest breed of enterprise asset management and asset sustainability software.

Fed by sensors that can measure anything from electricity to steam, these applications quickly benchmark assets and entire facilities. The business can then remove or change inefficient processes, parts and machines which are disproportionately energy-hungry. This also extends the lifecycle of assets through an evaluation of running costs against efficiency levels.

The number of new legal and regulatory targets and standards pertaining to energy usage means that failure to address energy conservation isn’t really an option.

Legislative measures Emissions Trading System (ETS), and CRC Energy Efficiency Scheme are enforcing a reduction in energy consumption for the largest users across Europe, with the UK-focused CRC tasked with cutting consumption by 1.2 million tonnes per year by 2020. And later this year, ISO 50001 will establish a framework for industrial plants, commercial facilities or entire organisations to manage energy. It is estimated that the standard could influence up to 60 per cent of the world’s energy use.

But rather than viewing compliance with these initiatives as a cost or additional pressure, smart manufacturers will exploit the opportunity to stem wasted energy from their equipment and in doing so, take a portion of the £16 billion profit pot which is there for the taking. 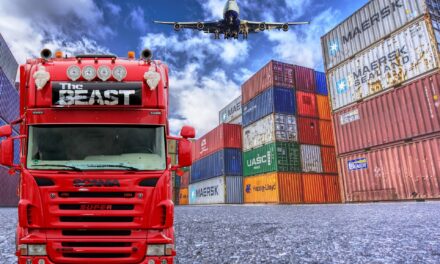