Health and safety experts from major food and drink manufacturers have gathered in Leicestershire, to reveal how their innovative schemes were reducing fatalities, injuries and ill-health in the workplace.

The event at Twycross Zoo, on Wednesday 29 March, was the culmination of an 18 month project from the Institution of Occupational Safety and Health (IOSH) Food and Drink Group, aimed at showing how some of the biggest names in the industry are encouraging staff to act more safely. And with 27 work-related deaths in manufacturing alone last year, the findings could become an important resource for companies in the sector to tap into, to help improve their own health and safety records.

Health and Safety Executive (HSE) figures also show that in 2010/11 there were 17,599 injuries, 32,000 new cases of work-related ill-health and 1.9 million working days lost across manufacturing. And the rate of major injuries in food manufacture was almost twice the rate of the sector as a whole, at 265.7 per 100,000 employees.

IOSH Food and Drink Group vice chair Simon Hatson, who co-ordinated the project, said: “The food and drink manufacturing industry has made great strides in the last 20 years, with the number of deaths falling by a quarter. But there’s clearly a lot of work to be done and we believe that engagement programmes such as those that look at behavioural safety are important, as they are designed to change the way people act to take better care of themselves and others.

“Although this is a relatively new concept, we believe it’s a hugely effective way for a company to make a big difference to the health, safety and wellbeing of its staff.”

Held at Twycross Zoo, the event, ‘Developing safety cultures’, showcased examples of behavioural-based safety projects from across Europe, with speakers from companies including Dairy Crest, Heinz, Twinings and Allied Bakeries, talking about how their projects had cut accidents and reduced injuries.

Dairy Crest head of group health and safety Andy Melachrino revealed that its scheme had cut reportable accidents by 52 per cent from 2009 to 2011 and added: “Going home safe to your families was the key message we delivered right at the start of the programme. After all, this is about real families, real lives and real incidents.”

A pilot project at Heinz’s Wigan-based Kitt Green factory – the largest canning factory in Europe at 64 acres – saw staff on its snap pots line take part in the new Best B Safe scheme. Centre operational risk manager Catherine West and environment, health and safety manager Chris Bramley explained how workers had found their own safety solutions to problems, including designing signage and limiting forklift truck speeds to three miles an hour. They also started a site-wide project to give everyone their own moulded ear plugs.

Meanwhile Jak Thomas, national health and safety manager for Allied Milling and Baking, discussed the company’s ‘Safety First’ initiative. Videos featuring case studies from real accidents  and people were used in communications programmes to raise awareness and reinforce key messages about leadership, engagement and behaviour. The company’s lost-time accidents have fallen from 195 to 43, and reportable accidents from 87 to 22, in less than five years.

He said: “Using real accidents is not about blame; it’s about recognising that dealing with hazard and risk is part of everyone’s job. Personal risk management is about people understanding risk and looking after themselves and the people around them while they are at work.”

The IOSH Food and Drink Group contacted companies, asking them to send information about the projects they had developed, which were making big improvements to workers’ health and safety. There are now 15 projects available to view on the Group’s website at www.iosh.co.uk, which pulls together the good practice ideas to provide a resource for the whole industry to use, in a bid to drive up standards. 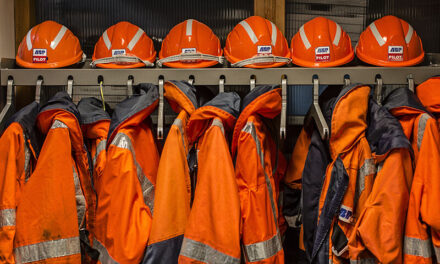