Franklin Steel, an established steel stockholder that has steadily diversified into related products and services, recently invested in an ESAB SGX plasma cutting machine so it could undertake profiling in-house.

Previously the company had outsourced profiling, whether that was for steelwork it was fabricating, or to fulfil orders from customers who did not want to use a separate supplier for profiles. By investing in a plasma cutting machine, Franklin Steel has reduced the lead time for customers ordering profiles, increased profit margins on those orders and, most importantly, opened up a new revenue stream in the form of a profile cutting service.

ESAB’s SGX plasma cutting machine was developed specifically to meet the needs of customers such as steel stockholders and fabrication shops requiring compact, cost-effective machines that still offer the quality, ruggedness, reliability and longevity associated with ESAB’s larger plasma and oxy-fuel cutting machines. Costs have been reduced by measures such as standardised machine sizes, so quality has not been compromised; the SGX machine features the same plasma system, controller and software as found on the larger ESAB cutting machines.

The Vision T5 touch screen CNC system, with its intuitive operating wizard, is easy to learn, so users who are not familiar with automated plasma cutting can very quickly start earning money with their new equipment. The built-in EasyNest facility also helps in optimising plate utilisation, and the EasyShape part program generator makes it straightforward to import DXF or DWG component drawings for creating cutting paths.

Franklin Steel’s SGX 3000 plasma cutting machine was specified with a m3 plasma. This configuration is capable of cutting mild steel up to 50mm thick, stainless steel up to 25mm and aluminium up to 38mm – dependent on the plasma system selected. During the set-up procedure the operator can opt for precision or production cuts, and the software automatically identifies ‘small’ holes and applies Extended Hole Technology to virtually eliminate the taper usually encountered with plasma-cut holes that can result in bolts not fitting. A further benefit of the PT-36 torch is that it is suitable for both cutting and marking, and it also has far fewer wear parts than conventional plasma cutting torches, which helps to reduce the total cost of ownership.

Michael Wallace, the Sales Director at Franklin Steel, explains why the ESAB machine was specified: “We wanted to bring profiling in-house so looked at a couple of potential suppliers. We also talked to several companies that already had their own plasma machines and they all recommended ESAB, citing quality and ruggedness.

“When we started to look for a machine we knew very little about plasma cutting but ESAB did a fantastic job of explaining everything and ‘hand-holding’ to get us where we are today. They took the time to find out what we really needed to do so we would end up with the right machine for our purposes. As well as supplying the machine, ESAB also provided the software, plus installation, commissioning and training services as a complete package to ensure we were ready to get the most out of our new profiling capability. Having had the machine operating for six months, I have to say that we are 100 per cent satisfied with the choice we made.”

Feedback from Franklin Steel’s customers has been very positive, according to Michael: “First, we are now offering much shorter lead times; previously we typically quoted three to five days, but now we can often deliver profiles the next day if there is an urgent requirement. Customers also appreciate the very high-quality finish on the cut faces – a ‘vast improvement’ according to one, and considerably better than when we relied on subcontract profilers.”

An extra benefit is that the need for post-cut clean-up and slag removal is minimal, which helps to minimise lead times and operating costs.

Franklin Steel serves customers in a variety of different industries, including the automotive supply chain, ship repair and reworking, construction, oil and gas, children’s playgrounds, and general engineering. Franklin Steel provides services including straight and mitre cutting, drilling, decoiling, shearing, finishing (shot blasting, primer painting, galvanising, powder coating), bending and fabrication – and now the company has added a new ‘string to its bow’ by offering precision plasma cutting with short lead times. Michael concludes: “We anticipate that in-house profiling will increase profit margins on our existing profiling work, generate new business and bring us new customers, so we are expecting the ESAB plasma machine to pay for itself in three to four years.”

More information about the SGX series plasma cutting machines is available from ESAB Publicity on 0800 3893152 or e-mail info@esab.co.uk. 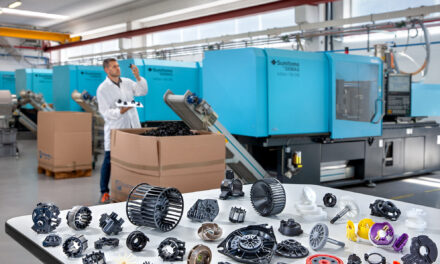