Green light given to renewable energy plant in Fareham 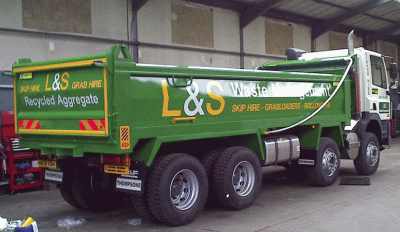 L&S Waste Management has received planning approval for the construction of a renewable energy plant at its headquarters in Pegham Lane, Fareham, providing a boost to sustainable electricity production in southern England.

The £4 million project was given the green light by Hampshire County Council towards the end of April. Mick Balch, managing director of L&S Waste Management, says he hopes construction will commence within the year, with expectations the plant will be operational nine months later. “It’s very encouraging that Hampshire County Council are looking to the future and seeing the benefit to the community of sustainable, renewable energy plants,” he says.

The plant will help L&S to reduce the amount of biomass being sent to landfill by thermally treating it in order to produce sustainable heat and electricity. According to Balch, the plant will produce up to two megawatts of electricity per hour – which will be fed back into the national grid – by treating as much as 25,000 tonnes of biomass each year. On completion, the plant will create a handful of new jobs, in addition to those supported during construction.

Biomass is biodegradable, however, if it is allowed to rot in landfill, it can contribute to greenhouse gas production. Renewable energy plants, such as the one to be established by L&S, will help reduce the UK’s carbon footprint by disposing of biomass in an ethical, environmentally-friendly way. The plant will be compliant with the Waste Incineration Directive (WID) and ash generated from the plant will be transferred into aggregate, giving a 100 per cent waste recovery. It is estimated that in the UK, 420,000 tonnes of biomass and waste wood is produced by households each year and that a further 670,000 tonnes is produced from packaging, including pallets and crates. Additionally, construction and demolition produce a further 750,000 tonnes of waste wood. This all equates to the UK producing three per cent of the world’s wood consumption, a figure which is expected to increase over the next decade.

Balch says the company is presently in negotiations to appoint a contractor for construction of the plant. “As there is a lack of renewable energy plants in the UK, we believe this proposal will not only help to encourage a more ethical disposal of biomass from both households and businesses, but also provide a sustainable way of producing heat and electricity,” he explains. “We are committed to helping reduce the UK’s carbon footprint by finding new ways to transfer waste into energy.”