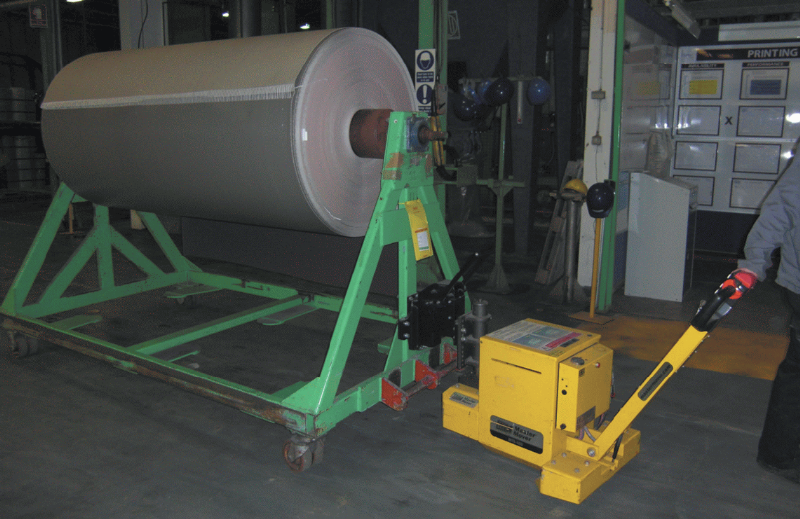 Derbyshire-based flooring manufacturer Forbo Flooring has reduced the risk of accidents and injuries to its workforce after investing in new ­electric-operated tugs from MasterMover for moving heavy rolls of ­flooring between production lines.

In the UK, the company has a manufacturing plant in Ripley, Derbyshire, which produces Flotex sheet and tile flooring for domestic and overseas markets. Flotex is a unique hybrid floor covering that looks and feels like a carpet, with a smooth, velour-like surface that is comfortable to walk on, warm underfoot and has excellent slip-resistant and acoustic properties. The Ripley factory is the Group’s global production centre for Flotex products, producing approximately 3.2 million square metres of sheet and tile flooring each year, with 92 per cent of this production exported. The factory employs around 160 people.

There are several production lines at Ripley that produce either sheet or tile flooring products. Bought-in raw materials – including nylon, PVC powders, dyes, dye carrying agents and woven glass netting – are converted into two metre-wide sheet flooring or pass through a different process to be converted into half-metre square tiles. There are lines for flocking, printing and cutting, with other departments that cut, prepare or mix the raw materials that are fed into the lines.

Ian Theyer, production manager Printing Line at Forbo Flooring UK says: “At Ripley, once the sheet flooring has been flocked, it is rolled up into 500 linear metre rolls and placed on an A-frame or chariot, which then moves the roll to another stage of the production process. These rolls, including the chariot, can weigh up to two and a half tonnes.” 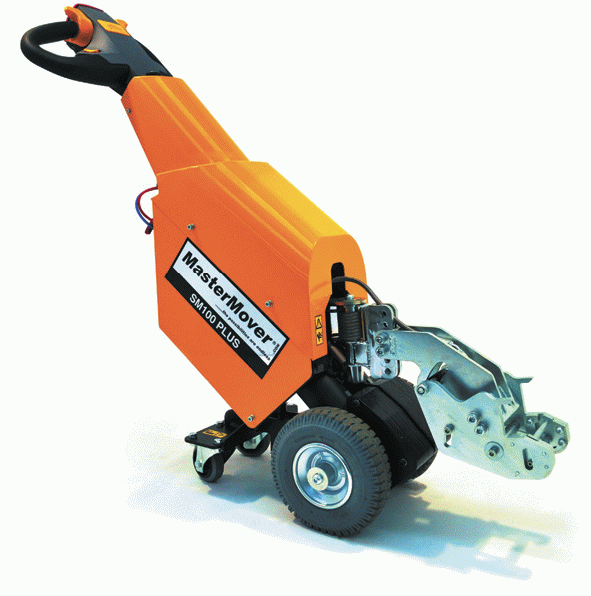 At any one time, of the 50 wheeled chariots at the site, between eight and 12 will be moving around the plant, transferring flooring between the different stages of the production process.

Theyer continues: “Due to the production environment here at Ripley, the factory floor can get wet and slippery, primarily because of the steam and water process used in manufacture. Although we do everything we can to ensure the floor is dry and safe, on occasions employees moving the chariots were finding that the drive wheels on our existing chariot handling tugs were slipping on the wet floor. This was causing discomfort to the staff moving the chariots, particularly in their shoulders and arms.”

“Prior to investing in two electric-operated handling tugs from MasterMover, we had a number of near misses. We decided to look for an alternative solution for moving the chariots that would eliminate the risk of injuries or accidents to the staff.”

After talking to a number of different handling machine suppliers, the company selected the MasterTug MT5-400 from MasterMover. “As soon as we saw a demonstration of the MasterTug at Ripley, we were convinced that this was the right solution. The unique weight transfer system on the machine and wet condition drive tyres meant there was no risk of slippage on the wet floor. We even demonstrated this by pouring buckets of water over the factory floor and using the MasterTug to move a chariot. The results proved  MasterTug was significantly safer than our existing tugs,” explains Theyer.

After the on-site demonstration of the MasterTug, Forbo Flooring carried out some trials of the new tug with operatives. “Initially, there was some reluctance to use the new machines, not because of the tug itself, but simply resistance to change. However, after two half-day, on-site training sessions provided by a MasterMover engineer, 15 of our staff were quickly trained to use the two new MasterTug machines,” adds Theyer.

After feedback from operatives, Theyer requested the two new MasterTug machines were fitted with an audible siren and new drive wheel tyres for additional grip. Custom couplings were also required in order to connect the MasterTug to the chariot.

“Since taking delivery of the two MasterTug machines, we’ve had no near misses and the staff are extremely pleased with how easy the machines are to use,” enthuses Theyer.

Subsequently Forbo Flooring has invested in an additional electric-operated handling tug from MasterMover. The SmartMover SM100 is being used on the flocking lines to move much smaller rolls on chariots. “Originally, it took two people, one behind the chariot and one in front, to manually move the chariot across a distance of 10 to 12 metres from a storage area near the flocking line, to the input station. For exactly the same safety reasons, we decided to replace this with a SmartMover tug, which has now completely eliminated the risk of injury to the operator. In addition, only one operative rather than two is now required to move the chariot.”

Five employees are now fully trained to use the SmartMover.