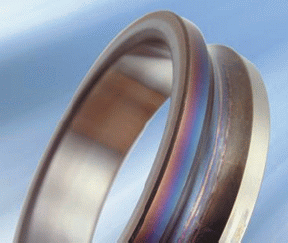 Identifying and analysing the root cause of a bearing failure is critical in order to prevent similar failures from occurring again. Brian Williams, quality director at The Barden Corporation, urges companies to introduce a regime that enables the symptoms of bearing damage to be recognised early, as well as putting a systematic procedure in place for securing damaged bearings.

Many bearings that fail are removed and replaced too quickly without sufficient levels of analysis into what caused their failure. This means that similar failures could occur again.

Examination of the failure mode often reveals the true cause of bearing failure, but this procedure is complicated by the fact that one failure mode may initiate another. Companies can address these issues by developing a systematic procedure for securing and inspecting bearings once they become damaged. Engineers should not wait until the bearing failure becomes catastrophic, as this makes root cause analysis difficult. Instead they need to perform regular monitoring and inspection of the bearings. Usually there are symptoms that indicate the type of damage incurred before the bearings fail.

Often, the first sign of damage is unusual operating behaviour of the bearings in the form of uneven running, reduced working accuracy, unusual running noises or any combination of the three. Detecting the early signs of a problem is effective bearing monitoring either by the machine operator or where downtime is critical or hazardous, then more formalised monitoring is required such as monitoring lubricant cleanliness, measuring bearing temperature and vibration analysis.

When a bearing has to be removed from a machine due to damage, the cause must be established to avoid future failures. Inspection of the bearings alone is not normally enough to pinpoint the exact cause of damage, but rather the inspection of the mating parts, lubrication and sealing, as well as the operating and environmental conditions.

A systematic procedure of removal for securing and inspecting the bearing could include the following sequence of measures: ­Determine operating data; Evaluate records and charts from bearing monitoring devices; Extract lubricant samples; Check bearing environment for external influences and other damage; Assess bearing in its mounted condition; Mark the mounting position; Dismount the bearing; Mark bearings and parts; Check bearing seats; and assess complete bearing.