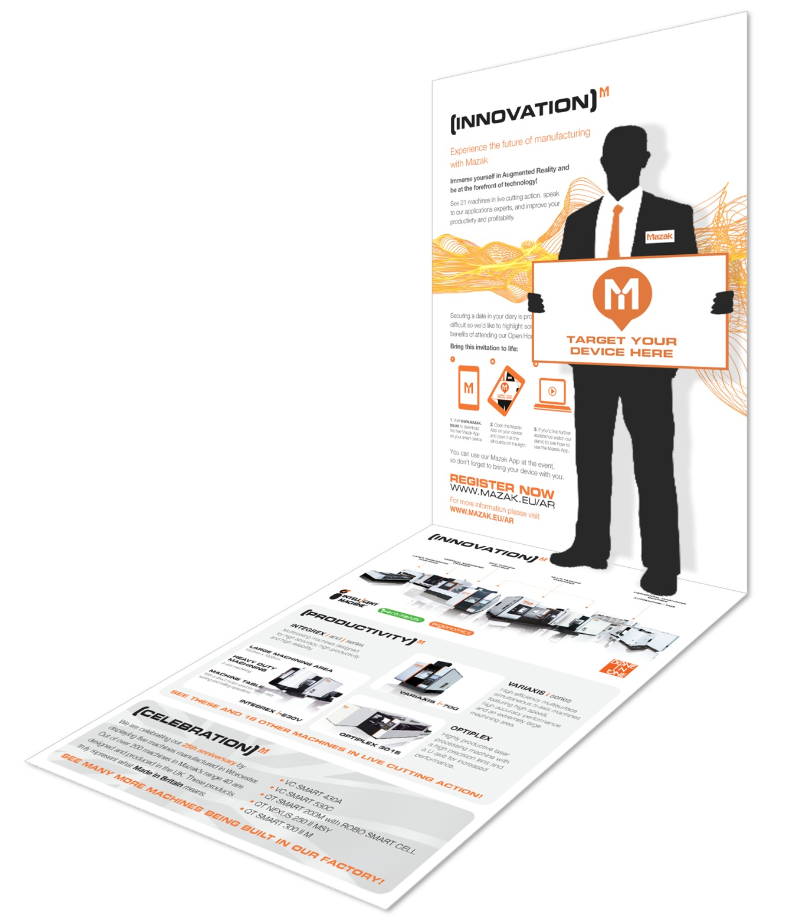 The Open House runs from 20th-23rd November at the European Technology Centre in Worcester with invitees receiving a specially designed invitation which, when viewed through a smart device such as an iPhone or iPad equipped with a suitable app, will come to life and offer audio information about the event.

Mazak’s latest Open House will feature live cutting action along with application experts on hand to offer advice.  Taking centre stage will be the INTEGREX i and j series of multi-tasking machines designed for high accuracy, productivity and reliability.  In particular, this Open House will be the first in the UK to feature the INTEGREX i-630V, which has been specifically designed for heavy duty machining and is equipped with a large machining area of 1050mm x 1000mm, which makes it ideal for machining larger workpieces.

Alongside will be the VARIAXIS i-series of high efficiency, multi-surface, simultaneous 5-axis machines, featuring high speed, highly accurate performance along with a large working area.  Laser cutting will be represented by the OPTIPLEX 3015, a highly productive and reliable laser processing machine with a high precision lens and a U-axis for increased performance.

In addition, visitors to the Open House will be able to enjoy a guided tour of one of Europe’s most advanced manufacturing facilities on the 25th anniversary of its opening.  The Mazak facility in Worcester officially opened in 1987 and currently manufactures more than 40 different machine types.  The 29,000m2 factory is widely regarded as one of the UK’s best, twice being awarded the Queen’s Award, for Export in 1992 and for International Trade in 2007.  The facility currently manufactures more than 1,000 machine tools every year.
Richard Smith, Managing Director UK & Ireland Sales Division, commented:  “November’s Open House will offer visitors a glimpse into the future of manufacturing.  Never before has so much modern machining technology been presented in such an innovative way.  We aim to use technology to bring to life the capabilities of some of the most exciting machines in our range, many of which are made here in the UK.  I would urge any production engineer or subcontractor who has not visited our European Technology Centre in Worcester to make a visit to our November Open House a priority.”