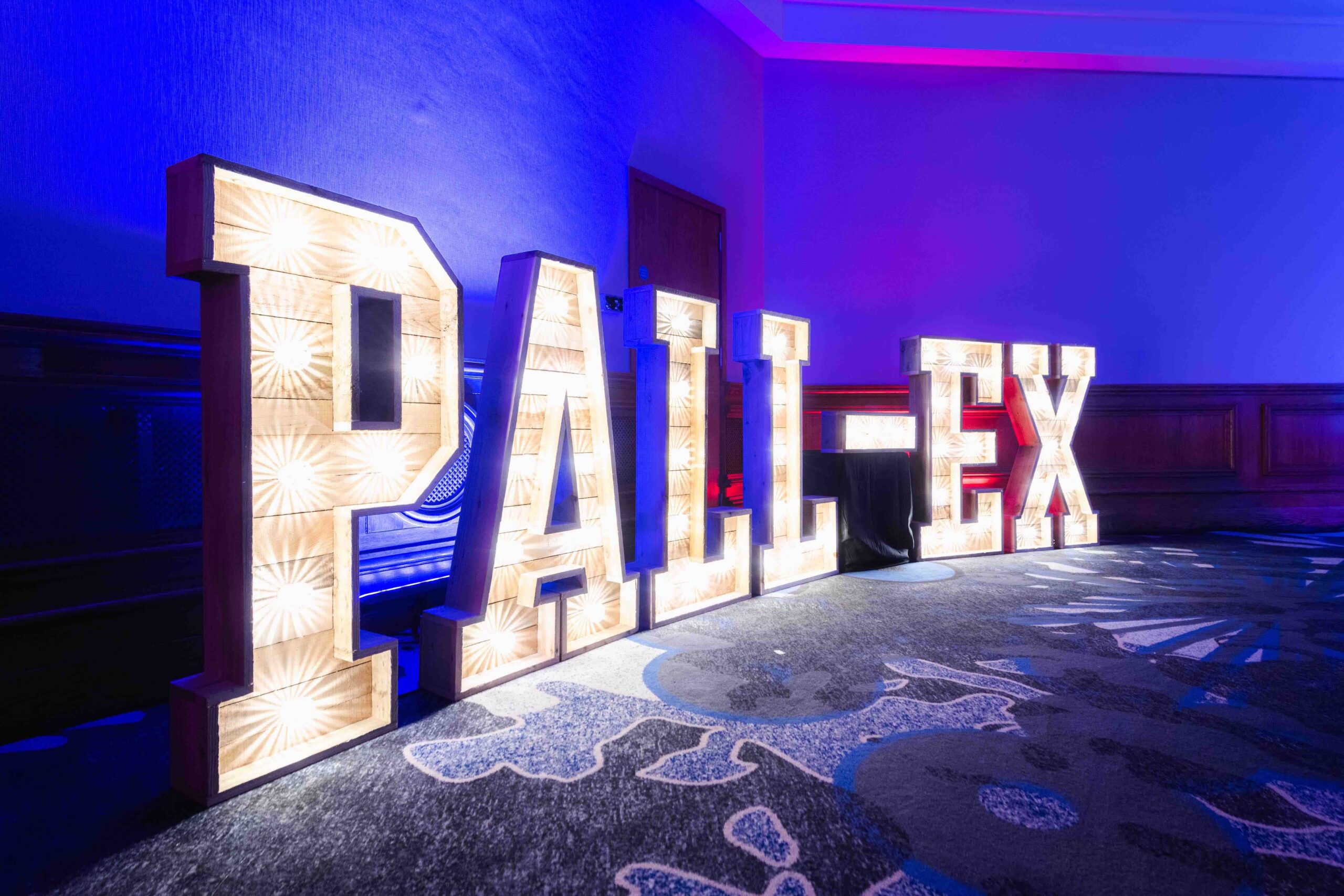 Pall-Ex has celebrated 25 years in business with an anniversary and awards event recognising the achievements of its staff, shareholder members across the UK and its international partners.

Around 700 guests from over 170 independent UK hauliers, international partners and Pall-Ex Group staff members attended the event, held at the Hilton Birmingham Metropole in mid-November which was hosted by the star of Cold Feet, The Hobbit and Line of Duty, James Nesbitt!

As well as the celebrity host, guests were entertained before the awards began with a performance from a string octet during a glittering drinks reception, as well as VR simulators, mirror men and LED light dancers.

On its road to success, Pall-Ex has gone from moving 117 pallets on its first night to transporting over 45,000 pallets per night nationally and internationally.

Pall-Ex was founded by Hilary Devey in 1996 and helped to establish the palletised model of haulage distribution in the UK; the company is now owned by its senior management team and the network of shareholder members, who completed the purchase of the business from Devey in late 2019.

During the awards ceremony, Severn Transport Services (STS) was presented with the coveted Pall-Ex Member of the Year award, sponsored by The Barcode Warehouse, which was voted for by fellow members of the network.

The Welshpool-based haulier was launched by directors Steve Goodwin and Mark Howard in September 2019, just six months before the pandemic and lockdown.

Despite these challenges, STS has consistently been one of the highest performing Pall-Ex members, increasing pallet volumes steadily month on month and delivering exceptional service.

Pall-Ex regional winners were also celebrated, sponsored by Ryder, with Moody Logistics & Storage winning for Scotland and the North East and Austin Wilkinson & Sons winning for the North. Matthews Haulage Limited claimed the award for the Central Region, M Pinches & Sons for Wales and the South West and in the South East region, John Bywater Transport Limited claimed the prize.

Tipton based Advanced Delivery Services, Hull based Neill & Brown Global Logistics Group Limited and Denbighshire haulier Mars-Jones Ltd were all highlighted as the Highest KPI Performers in their respective categories, with the awards sponsored by Allports Group.

Winners were selected for compliance, quality distribution, service excellence and communication throughout the last 12 months.

Pall-Ex Group Stars, sponsored by FloGas, were also awarded to internal staff members and were also nominated by fellow colleagues and network members.

In addition, four recipients were chosen for the Group’s DMC Outstanding Contribution Award, in recognition of their longstanding commitment and brilliant service. 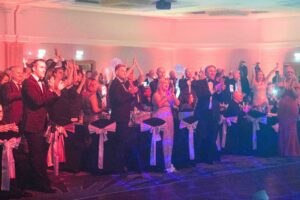 Two businesses were recognised, with Bullet Express and Devereux Developments taking the honours.

Furthermore, two individuals from across the Group were highlighted. Enric Estruch, who has been instrumental to the establishment of Pall-Ex Iberia was recognised at the gala dinner, as well as Stephen Long, who this year retired after making a significant contribution to both his family business, Longs of Leeds and Pall-Ex as a whole, having joined the business at 17.

Kevin Buchanan, Group CEO at Pall-Ex Group, comments: “Our network members deserve recognition for the significant role they have played in building Pall-Ex into the successful logistics operation it is today.

“The industry as a whole has faced a tough couple of years, with the pandemic and Brexit creating unique challenges, and our members deserve to be celebrated as haulage heroes.

“Collectively, they have gone above and beyond to ensure continuation of service despite the difficulties and their hard work and support has underlined Pall-Ex’s leading position within the sector, as well as our commitment to the industry.

“It is a real joy to celebrate our 25th anniversary in person and to be able to mark this milestone and our collective achievements with a proper celebration.”