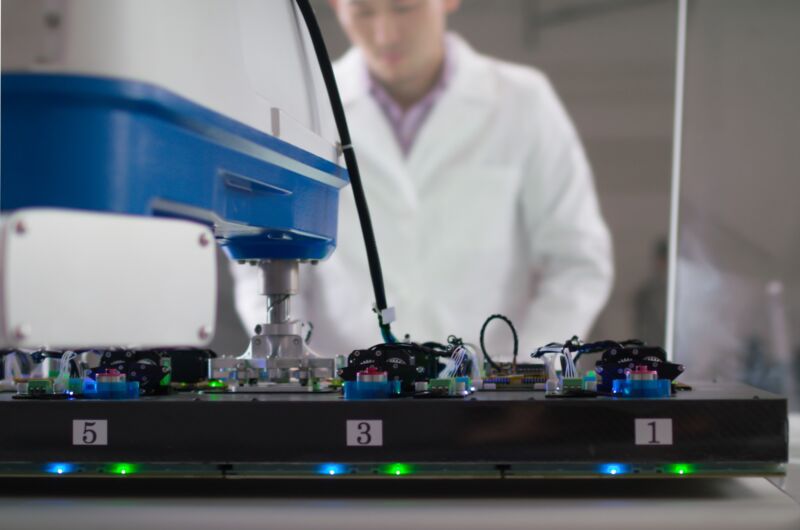 According to the International Federation of Robotics (IFR), annual installations increased by 11 per cent on average each year between 2014 to 2019. While 2020 and the COVD-19 pandemic has slowed that growth significantly, manufacturers are looking to automation as a key part of their recovery strategy.

The world is no stranger to Industry 4.0. After the global economic crisis of 2008, manufacturers restructured their businesses and governments created initiatives to improve digitalisation in manufacturing.

A strategic initiative from Germany started things off, aiming to drive manufacturing forward by increasing digitisation. In fact, the phrase Industry 4.0 was first coined for this project, before being revived at the 2011 Hannover Fair during a follow-up project between the German Government and several industrial partners.

The United Kingdom followed suit, launching an industrial strategy in 2017, Building a Britain fit for the future, focussed on encouraging artificial intelligence (AI) technologies and their role in industrial automation. However, despite the speed of digitalisation in some countries, others are in their infancy.

Despite a spike in initiatives to encourage manufacturing digitalisation, not every industry sector has embraced this technology. Large-scale and lucrative areas, like automotive production and pharmaceutical manufacturers, have long used automation to improve their facilities. However, the same cannot be said for smaller manufacturers.

Looking to the future, increasing the volume of robot deployment in these countries will rely on tapping into new markets, by introducing small to medium-sized companies to automation.

To reach this market, industrial robots must become more accessible, in relation to both cost and user experience. According to TM Robotics’ Global Robotics Report, simple programming was one of the most important features for end-users when choosing a robot. In fact, 79 per cent of respondents named this as a top five consideration.

BASIC and Pascal are the basis of several industrial robot languages and tend to be the first any budding robot programmer begins to learn. BASIC, standing for Beginners All-Purpose Symbolic Instruction Code, is relatively simple, but can also be considered outdated for today’s demanding robotic applications.

Simple programming may be a top priority, but today’s end users also don’t want to compromise on robot ability — particularly for their first robotic investment. Therefore, a balance needs to be struck. Shibaura Machine’s controllers, for example, are programmed in SCOL. This is a programming language that is similar to BASIC, but with more advanced features.

In fact, Shibaura Machine’s latest robot programming software, TSAssist, has been designed around usability. By opting for intuitive screen design and customisable operator panels, beginners find it easy to understand. TSAssist is compatible with any of TM Robotics’ industrial robots, including the extensive SCARA, Cartesian and six-axis ranges.

To cobot, or not

Growing demand for easily programmable robots is also evident in the increase in sales of collaborative models — robots that can work without protective barriers between machine and employee. Collaborative robots, or cobots, currently account for 3 per cent of the total robotics market, but this figure is expected to reach 34 per cent by 2025.

These machines have been marketed as easy to program, but despite this, they should not be considered as a total alternative to traditional industrial robots. While cobots do boast impressive responsive features, these machines generally cannot tackle the dangerous, repetitive and heavy-duty tasks usually associated with industrial robots — and this is something that new automation users aren’t always aware of.

In fact, 55 per cent of respondents to the Global Robotics Report do not believe that cobot technology is advanced enough to deliver the performance required for manufacturing, and a further 25 per cent were unsure of their capabilities.

To encourage investment from small and medium-sized businesses, robot manufacturers must ensure their machines are easy to program and don’t intimidate potential automation users. What’s more, unlike the large-scale automotive manufacturers from the likes of Germany and the US, developing robot customers may require more consultation and guidance to choose which robot is right for them — a cobot, or not.

The IFR predicts that while the disruption of the COVID-19 pandemic will cause a short-term contraction in robot sales, the future remains bright for the industry. Digitalisation will be a key driver for recovery, leading to greater opportunities for the global robotics sector.

Some 82% of CILT members “concerned” about the transition period ending