Taking health to the forefront of the industry’s agenda 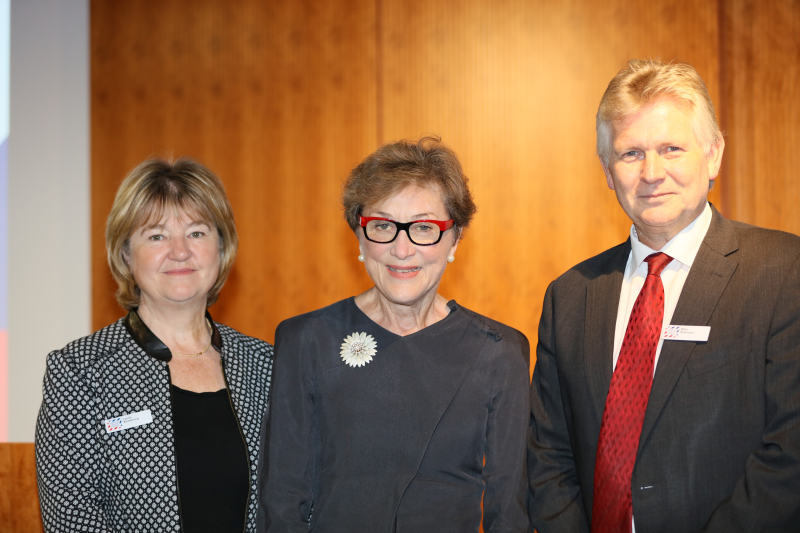 The British Safety Council’s Annual Conference ‘Health and work in a changing world’, held on 5 October 2016 at The King’s Fund in London, provided a platform for sharing evidence, best practice and experience of managing employee health and wellbeing.

The presentations and discussions centred on four main issues:

1.Why should health be considered as a key business priority for a company?

2.Who should be responsible for company’s health and wellbeing? What is the role of line managers in it?

“To embed health and wellbeing into the workplace you must start with leaders, boards and managers. Then you can provide the fruit and bicycle schemes. They are good to have but if this all what you provide, you’re putting a plaster over the cracks.” – Professor Dame Carol Black

“Around 30% of businesses still think health is a personal issue for workers, not employers.” – Professor Stephen Bevan

3.How can you make workplaces healthier, as well as helping employees to manage their own health throughout their working life?

“We look at the worker and we see them as being almost the problem. What we should be doing is saying: it’s the workplace that’s the issue, so how do we change the workplace?” – Hugh Robertson, TUC

“Young workers need to be educated about the health problems they could develop over their working lives.” – Clare Forshaw, HSL Solutions

4.What is the best way of dealing with mental health issues?

“If you can’t talk openly about how you are feeling and what’s going in your life, you can have some of the best policies and interventions in the world, but you won’t be able to access them or they won’t make a blind bit of difference.” – Beth Taylor, PwC

“Most of the interventions and situations you face are not going to cost you £100,000. Having a conversation with your staff today is relatively cheap and they’ll come out with suggestions and ideas. So it’s about talking to your workers…” – Peter Kelly, HSE

Opening the conference, the British Safety Council’s Chair Lynda Armstrong remembered the charity’s founder, James Tye. “His vision in establishing the organisation in 1957 was to campaign towards a very simple objective – that no-one should be injured or made ill at work – and he worked tirelessly towards this aspiration throughout his life.  James was a consummate marketeer.  He didn’t shy away from publicity and his often controversial campaigning meant that he was regularly in the headlines.

“James’ campaigning was instrumental in the creation of the Health and Safety at Work Act in 1974.  Back then, Britain was an industrial economy with manufacturing, mining and heavy manual work, resulting in a huge number of deaths and major accidents every year.  The focus then was on identifying and mitigating physical and mechanical hazards. Over the following years, significant improvements were made.

“Now, there are far fewer deaths and serious injuries at work. This is due in part to the increased awareness of risk management, but is also a result of the changing nature of work. Britain is now a professional and service-based economy.  As the number of accidents has decreased, we have become increasingly aware of the significance of health issues.

“This is not a new area for the British Safety Council.  In 1979, James Tye established the British Wellness Council, but he was ahead of his time. The themes he was raising all those years ago are only now starting to gain traction with businesses.”

Mike Robinson, Chief Executive of the British Safety Council, also spoke about the importance of health in the workplace. “Things are changing. In the last few months, the conversations I have had with our members are increasingly focused on health. The true cost of not managing health conditions, especially ‘less traditional’ ones such as musculo-skeletal disorders (MSDs) and mental health issues, is becoming increasingly visible. For every one working day lost due to injury, over five days are lost due to health issues. Of the days lost due to poor health, 46% are stress related and 21% are MSD related.

“Even more challenging is the fact that some of the less traditional health issues including MSDs and mental health may not be directly linked to the workplace. However, they may impact the ability of a worker to do their job competently and safely. So should we be focusing on occupational health or health and well-being?

‘In the UK, health, particularly mental health, is an area where we could make a real and increasing impact. I was delighted that last month, together with the Health in Construction Leadership group, we were able to announce the launch of a new charity called Mates in Mind. It is designed to help improve and promote positive mental health across the whole construction industry in the UK. However, it recognises the critical role that employers can play.

“Mental health issues can be extremely complex and they are very common! It is estimated that each year one in four people in the UK will experience either stress, anxiety or depression.  In many cases, the symptoms are mild, often to the point where the person doesn’t actually recognise them. However, in extreme cases, these issues can result in someone taking their own life.

“The Samaritans recently reported that suicide kills six times as many construction workers as accidents do. This is shocking. However, what is even more shocking is that we believe this is an under-estimate; the real number could be ten times higher!

“Yet, mental health problems are not just an issue affecting construction; they affect all sectors. However, construction is a good place to start. Our aim, once the programme is up and running, is to take it into other sectors,” concluded Mr Robinson.

Industry sector winners of the International Safety Awards 2018 are shortlisted

What is Radon and how can it affect my business?