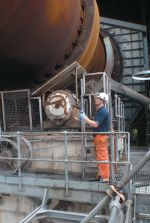 Reduction in meantime before failure was the driving force behind Hanson Cement establishing its own, in-house ­reliability team and investing in Flir thermal imaging

The company has operated a preventative maintenance programme for many years, supported by annual, outsourced thermal inspection of electrical systems in line with its risk management strategy. But although this was a robust programme it didn’t allow for regular thermal inspection and trend analysis of vital pieces of equipment such as the cement kiln.

The even flow of heat in a rotating kiln is essential to its efficiency and the quality of the end product. It is therefore important to seek out any weak points in the kiln walls both in terms of process security and asset protection. If left unchecked not only is there the likelihood of damage to refractory bricks but ultimately damage to the kiln shell. In extreme cases it can cause shell distortion or even shrinkage.

Flir thermal imaging is now key to preventing such an occurrence. It was the thermal imaging consultancy 3i Condition Monitoring that introduced Hanson Cement to the scope and efficiency of the technology through its annual inspections. Based in Stockport, 3i is an independent company that specialises in implementing fully integrated maintenance programmes, a purposed-designed version of which it provided to Hanson Cement.

When Hanson Cement decided to invest in its own thermal imaging camera, 3i was therefore best placed to ensure it had the best brand and model for the task. As Level III thermographers themselves, 3i knew what was needed and provided comprehensive support throughout the process. The company also delivered the necessary training to Level 1 standard to enable the Hanson Cement maintenance team to become more predictive than reactive.

This has been particularly important in the light of a new production schedule. As the cement kiln is now operational for six weeks and then idle for six weeks, the resultant expansion and contracting causes bricks to move.  This makes the bricks weak and compromises the integrity of the refractory lining. But thanks to Hanson Cement’s investment in the Flir T335 thermal imaging camera the condition of the kiln can be regularly monitored for changes in thermal profile that would indicate brick movement.

Indeed the Flir T335 revealed a problem on the first inspection round conducted by Hanson Cement’s in-house reliability technician Matthew Griffiths. “A hotspot on the kiln shell turned out to be an area where the refractory bricks had fallen away,” he explained. “We were able to shut down the plant immediately, allow it to cool and carry out the necessary repairs.” Undetected, that fault would have damaged the kiln shell resulting in down time of up to two weeks. In the event the kiln was fully operational again within 48 hours. 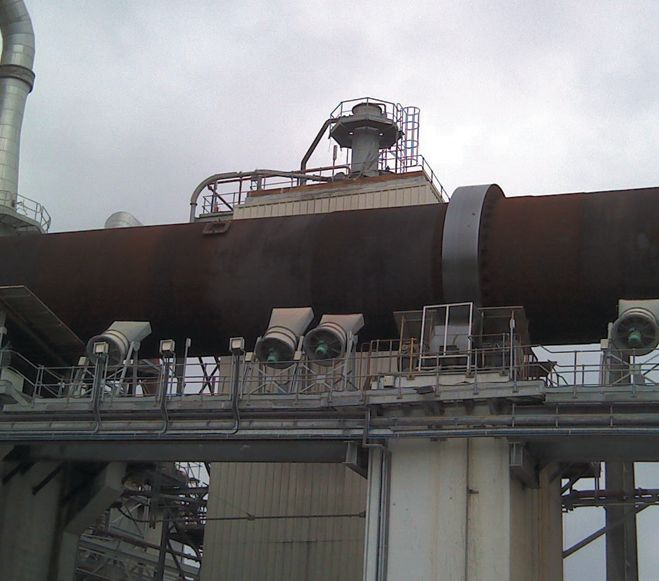 Kiln monitoring is however just one of many applications for which the Flir T335 camera is now used. “It is very versatile and being used in both preventative and reactive maintenance situations. The camera helps me safely locate electrical connection problems saving many hours in repair time,” Griffiths explains.

He continues: “I wanted an easy-to-use camera that could be employed throughout the plant. Another significant factor is it needed to be lightweight as we often climb ladders and crawl through tight spaces during inspection.” This is complemented by the camera’s tiltable lens that allows a clear reading to be taken in difficult to access areas. Scalable picture-in-picture images also assist in highlighting thermal problems.

The isotherm feature on the FlirT335 is also proving useful for spotting changes in a relatively narrow temperature range. Griffiths continues: “I am currently looking at weak areas in the cement transport lines and isotherms are highlighting temperature changes that could easily have been missed. It is also time saving too.”

To comply with environmental regulation, a health check of these lines was conducted every six months using ultrasonic testing, a very time ­consuming process. Griffiths is ­confident ­however that thermal imaging will not only be a much quicker inspection method but it will also allow him to grade the severity of any deterioration so that he can predict how long the pipe will remain sound and leak-free.

LEAN savings of over £50k identified at He-Man Dual Controls