A jewel in storage solutions 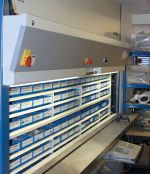 Argento hasa vast, global, sourcing network that aims to bring the most diverse, quality, pieces to their customers. Argento Chief Executive Peter Boyle opened the first store in 1997 and has ensured continuous growth by sourcing the best pieces at the cutting edge of contemporary jewellery. Now, Argento has 40 stores nationwide with its headquarters in Belfast.

The problem for Argento, was that its success was leading it into a steady expansion; an expansion that required the company to start storing more and more stock. With new retail stores opening all the time across of the United Kingdom, the Argento HQ in Belfast was fast running out of space in which to store the ever-increasing amount of stock needed to supply this vast network of stores.

All its items were being stored in plastic buckets on traditional pallet racking and there simply wasn’t enough floor space to install any more racking in which to accommodate more buckets. Argento was therefore left with a choice; either to seek out and make the costly move to a new base, which would also disrupt its operations, or to seek an alternative solution that could help it make the most of its existing space. In addition Argento was also looking for a solution that would help lower its overall stock holding to accommodate future growth and improve efficiency. After a number of recommendations, Argento decided to approach Industore, leaders in automated storage and vertical carousels. Argento asked Industore to see if its Hänel Rotomat could provide a cost-effective solution to the floor space challenge and perhaps also bring some of the additional benefits associated with automated storage solutions.

After looking at Industore’s proposal, and understanding the potential gains from the solution, Argento decided to have a five-metre high Rotomat installed.

The Rotomat is mainly used to store Argento’s two biggest brands; Pandora and Thomas Sabo. When full the Rotomat contains stock to the value of roughly £1 million, however one full box within the Rotomat could retail for £10,000 on its own. Therefore the Rotomat’s lockable sliding door plays a critical role in preventing unauthorised access out of hours. 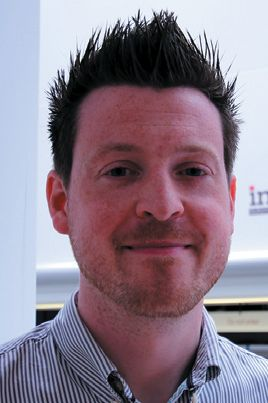 Mel Boyle, general manager of Argento says: “There are lots of reasons we chose Industore to provide us with the Hänel Rotomat, however it was primarily for the storage space increase it could provide. But we also saw potential to increase speed, increase efficiency, achieve better organisation and improve security. Before the installation of the Rotomat we used to store all of our stock in a traditional pallet racking system and, as we grew, we were requiring more and more space. If we hadn’t implemented the Rotomat we would have had to move site for sure, that would have been the only alternative, and it would have been a significantly costlier alternative.

“The implementation of the Rotomat has almost ‘forced’ us into better organisation; not to say we weren’t organised before, but now we operate at a much higher level. We have a lot more visibility over our stock and that has subsequently improved our stock accuracy, allowing us to reduce the overall stock being held.

“Industore was the only company that we looked at. We had three separate recommendations, so that was more than good enough for us. We knew it was a quality product; we just needed to know if we had the space to install it.

“I would say that the biggest additional benefit we’ve seen since implementation has been a significant increase in our productivity. Because we can manage the stock better – in the sense that everything is more transparent and we can organise picking more efficiently – it has seen us become more productive as a result.

“At Christmas, which is our busiest period, we had one person picking and four people sorting. In previous years we had more staff and they were all getting in each other’s way trying to pick individual orders.

“Our best picking day also came at Christmas; in a single day we managed to pick 13,000 items. During that day a third of the time was spent double checking the picks, so it could have been even more without the checks.

“I would say, since installation we are easily doing things three or four times faster than previously.”