The warning, which has been issued by Trescal, is a response to increased concerns that British industry is failing to take the air tool vibration threat seriously.

John Buckley, UK Air Tooling Programme Manager for Trescal, says that the litigation threat is very real. “I know of major companies with multiple damages cases currently running that could easily result in significant pay-outs, upwards of £30,000, for the employees concerned.”

Mr Buckley says that the lack of understanding about air tool vibration issues and the need for maintenance, calibration and HAV testing is acute across all levels of industry. “The problem goes from the largest to the smallest engineering companies. Industry has to realise that it has a duty of care towards air tool users and that if the Health and Safety Executive conduct an audit, which finds that there is no record of air tool testing, then it is likely a prosecution will follow.”

The Control of Vibration at Work Regulations 2005 introduced limits values for hand-arm and whole-body vibration. The regulations introduced exposure limits which will require employers to put in place organisational measures to protect the health and safety of their employees. In 2014, there were 610 new claims by employees for damages relating to hand arm vibration or white finger.

Mr Buckley says that the problem is industry does not realise air tools need servicing, testing and calibrating. “Air tools, such as nut runners, engravers and hammer drills, may not be identified as sophisticated pieces of equipment, but they do need servicing, HAV testing and in many cases calibrating. If the shaft of an air tool is bent, the bearings haven’t been cleaned or there is condensation in the airline – which can lead to rust build-up in the tool – there is a potential for increased vibration exposure and therefore a risk of physical damage to employees.”

To avoid claims, regular servicing HAV testing, calibration is essential says Mr Buckley. “My advice to industry is to consult with an independent and accredited calibration provider such as Trescal, to give peace of mind and assurance that all air tools are being serviced in accordance to national standards. It is essential that air tools need to be serviced HAV tested, calibrated to the OEM specification at least until there is 12 months of data on tool usage which can be analysed.”

He continued: “I would recommend that the air tool is stripped down, cleaned and key components, are replaced if necessary. This service can be provided efficiently to meet the demands of the customer operations, and if you use a Trescal mobile air tool calibration service, which provides customers with national coverage from several locations, the entire service and repair procedure can be completed on-site with no disruption to production.”

Ear defenders to be seen in 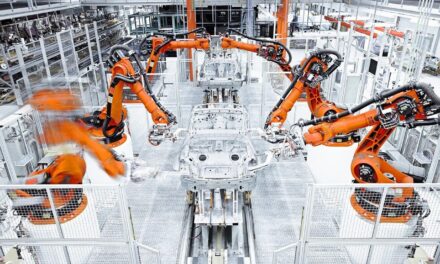