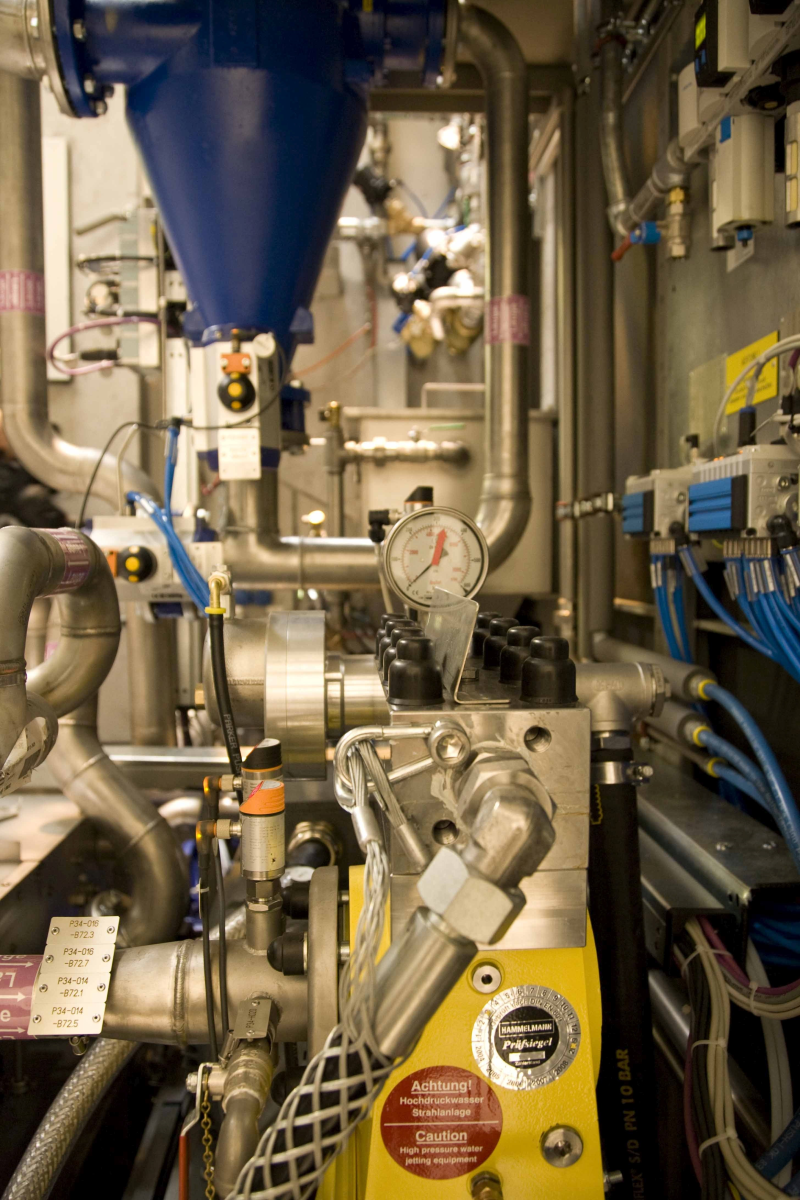 At the BWM Group’s engine plant in Steyr, Austria, in a reference project accompanied by the Technical University of Vienna, Ecoclean Monschau has significantly raised the energy efficiency of a flexible EcoCFlex Classic robot cell that had been in service for several years. The system’s electric power and water consumption were each cut by around 30 per cent. These energy efficiency measures are now intended to be implemented on another 95 systems of the same type installed at various sites throughout Europe and Asia.

The BMW Group has been using EcoCFlex Classic robot cells made by Ecoclean Monschau for around 12 years in several of its factories to debur and clean engine parts such as cylinder heads for diverse car models. At the Steyr engine plant, 30 first-generation units of this flexible cleaning machine are in use. Now as before, its cleaning performance is beyond reproach. However, in terms of energy efficiency – a parameter closely monitored by the BMW Group – the systems are no longer up to today’s standards. The company’s water consumption in particular has proved too high. BMW Steyr therefore contacted the equipment manufacturer, inquiring if and how the machines could be energetically optimised.

Ecoclean has developed a potential analysis especially for this type of task. In its investigation, the equipment maker’s service staff will focus on factors such as the water consumption, cleaning agent input, electricity demand of power drawing equipment, and the consumption of compressed air. Flow measurements revealed that large quantities of vapour were extracted from the cleaning cell, causing the machine’s elevated water consumption. Furthermore, the analysis identified a major electricity saving potential in operation of the feed pumps. 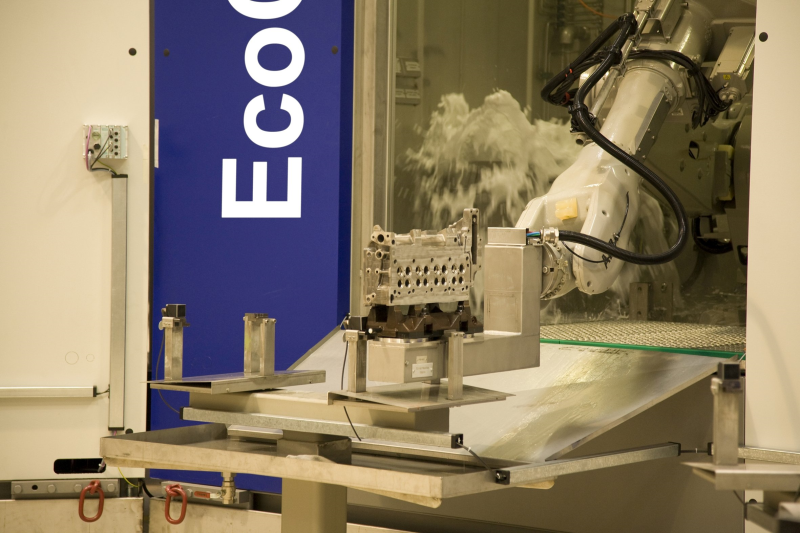 One measure taken to reduce the water consumption involved changes on the air control dampers. Moreover, the flow velocities inside the system were adapted via a modified fan control regime, resulting in substantially less vapour getting discharged. In the case of the booster pump, a variable-frequency drive unit now provides demand-based control and hence, energy savings.

Thanks to these relatively minor improvement measures the system’s overall electric power consumption was cut by around 30 per cent. Savings of the same magnitude were achieved at the level of the water consumption, and are additionally reflected in a reduced need for cleaning chemicals.

For an objective evaluation of results, the Technical University of Vienna accompanied the reference project with extensive pre- and post-optimisation measurements. Depending on the availability of national or regional programs, the unbiased attestation of this successful efficiency improvement may support applications for public funding.

The SBS Ecoclean Group (former Dürr Ecoclean) develops, manufactures and distributes future-oriented machines, systems and services for industrial parts cleaning and surface processing. These solutions, which are technology leaders, support companies around the world to manufacture their products efficiently and sustainably in high quality. The company’s customers come from the automotive and supplier industry as well as from the broad and diversified industrial market, such as medical engineering, micro manufacturing, precision mechanics, machine building and optical industry, aerospace and aviation as well as energy technologies. Ecoclean has 12 sites worldwide in nine countries with approximately 800 employees.