ROBOCHOP – the future of manufacturing? 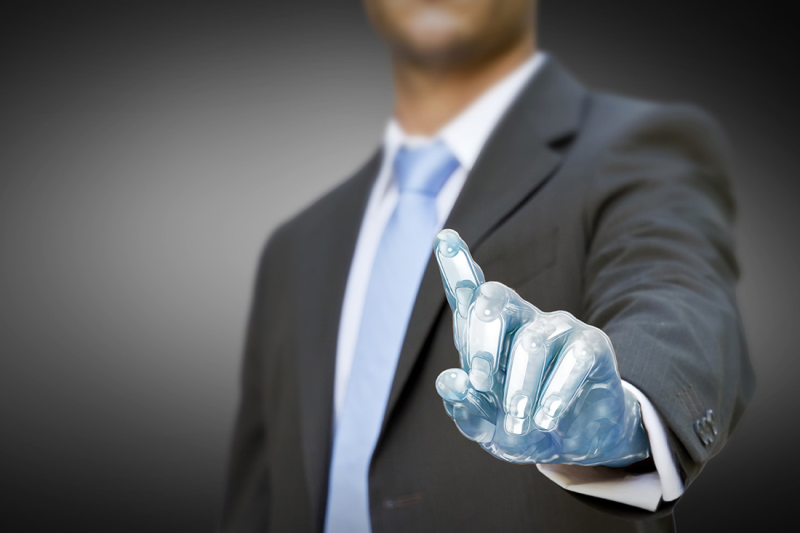 Omnipresence or ubiquity is the ability to be everywhere and witness everything that happens at a given time. Sounds like an impossibility for us humans, right? Or is the internet making it a reality? Think about it, you can have a video call with someone from the other side of the world, remotely access surveillance footage in real time and track shipments from door to door – all online. We no longer have to physically be somewhere to influence our surroundings.

The main event at this year’s CeBIT – the world’s largest exhibition for all things IT and digital business – was CODE_n15 and its live demonstration of Industry 4.0 and the Internet of Things (IoT). It’s called ROBOCHOP.

Four industrial six-axis robots stood silent and waiting in Hall 16 at CeBIT; waiting for their instructions. Internet users around the world could access the machines via the website, where a 3D web app enabled them to create small cubist designs. People could even do this on their smart phones.

Once submitted and approved, a selection of the designs was sculptured by the robots: the medium – a polystyrene cube (50x50x50cm), the method – a hot-wire cutting tool with coaxial cooling.

Over the five days of CeBIT, 2,000 pieces were created and later shipped to their designers.

ROBOCHOP was a working example of some of the industry buzzwords that have been touted around for a while now. It was a sneak peak at a future that could have consumers remotely and directly accessing industrial production equipment to manufacture their own personalised parts.

The IoT and smarter automation can help turn ideas for three-dimensional designs into physical products easier than ever before in history.

Want a part, know the specifications? Log on to our website, click a few buttons and robots will furnish your request and ship it out to you. Perhaps even via a drone. The technology is practically there already.

So what does the future hold for us as an industrial obsolete and spares supplier? Due to new levels of interconnectedness and intensive big data mining, some industrial plants can already perform self-analysis and self-diagnosis. Sophisticated automated networks have made engineers omnipotent and omnipresent, if only in a specific facility.

The next stage will be a plant that can predict which parts need replacing and when. The robots and computers will know exactly when to order the replacement and it could be done automatically through a supplier; no costly downtime. In the not so distant future, we here at European Automation could be dealing with automated computer generated requests instead of engineers picking up the phone and ringing us.

The future looks like it will be one of flexible production lines and super lean manufacturing.

But let’s not get too ahead of ourselves. With 60% of the Earth’s population still without internet access it might be a while before engineers really become omnipresent within their industrial plants and before customers will find themselves in the driving seat.

Save weight and money with GRP linear guides from igus