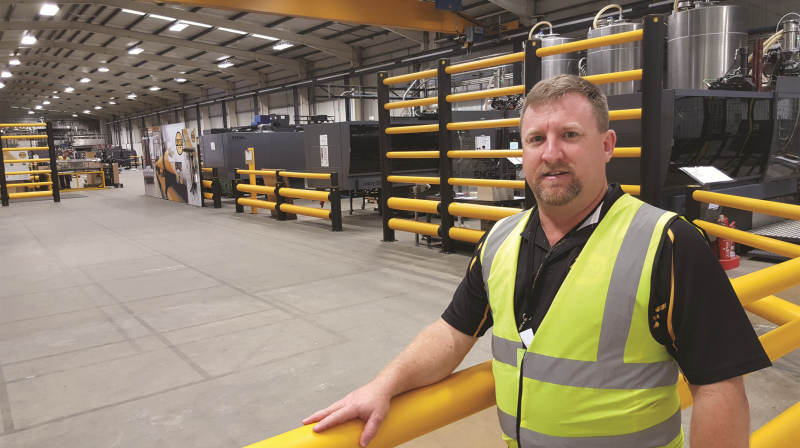 The Yorkshire-based leader in polymer safety barriers has opened its tenth overseas subsidiary. A-SAFE, which was recently placed in The Sunday Times Top 100 list of the fastest-growing UK SME exporters for the second successive year, has opened new offices in Sydney, Australia.

Mark Collins, who previously worked as an A-SAFE reseller in Australia, will become the new Australian director. He has already worked on large-scale installations for A-SAFE in Australia with Mars Petcare, Dulux and Kimberly-Clark, among other companies, and he was the first person worldwide to work with and introduce A-SAFE to global companies Caterpillar and Chep Pallets.

Mark said: “A-SAFE was looking to set-up a new subsidiary in Australia, so the hands-on experience I’d already had working with A-SAFE products for other blue chip companies put me in a strong position. I love working with A-SAFE products – they provide genuine, long-lasting safety solutions for health and safety-focused companies, and I’ve already had great success with the products as a reseller.”

Mark believes there is huge scope for A-SAFE success in Australia – despite the obvious challenges with distance and timings.

“Food, pharmaceutical and the warehousing/logistics markets are probably the big three safety-focused industries in Australia. Certainly, there is already large demand for world-class safety products – and the hygiene angle of A-SAFE products is a huge thing. Of course, there will be timing issues because my working day will start when it’s evening in the UK – but that’s nothing we can’t overcome as a global company.”

The vastness of Australia also creates its own logistical issues, with a 5hr flight separating the company’s base in Sydney from another key area, Perth.

“We’re based in Sydney because it’s midway between Brisbane and Melbourne. The growth markets will be in Sydney and Melbourne. But Perth is also important as they have a lot of warehousing opportunities – but it’s over five-hour’s flight time away. So there are logistical issues even within Australia.”

With containers of A-SAFE stock already arriving in Australia, Mark knows that there is a lot of hard work and organisation to come over the next coming months.

“Firstly, we need to get everything in place and up and running. We’ve already started employing people and the containers with vast amounts of stock product are coming in. So I’ve got to deal with all that – and then there are even more containers coming! Stock is so important to me because, obviously, I’m on the other side of the world. Shipping times are long, so I need to keep up to date with stock so that lead times are kept as small as possible. There will be timing issues because my working day will start when it’s evening in the UK – but that’s nothing we can’t overcome as a global company.”

Mark, who is an avid supporter of table-topping Australian rugby league giants Cronulla Sharks, is relishing the challenge: “I’m looking forward to it – but I’m especially looking forward to when everything is in place and we’re ready to really start selling. At the moment it’s planning and logistics, putting things in place, but I’m eager to start meeting the demands of customers and helping them with safety solutions. That’s the real pay-off for me.”

A-SAFE barriers have revolutionised barrier protection and segregation in industrial environments. The polymer-based system flexes on impact, absorbs impact forces and then reforms, as well as being hygienic, low maintenance and modular.

Why rubber matting will make your workplace safer 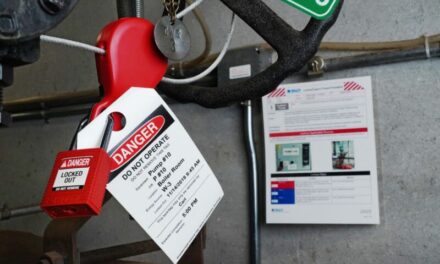 The New PPE Regulation – what employers need to know