Atlas Copco Compressors has completed delivery of its single largest-ever UK designed and built order, comprising instrument and process air compressor modules, worth in excess of £6million, to Kazakhstan where it will be used as part of a large project in the oil and gas industry. The physical size of the modules, which were custom-engineered at Atlas Copco’s systems d 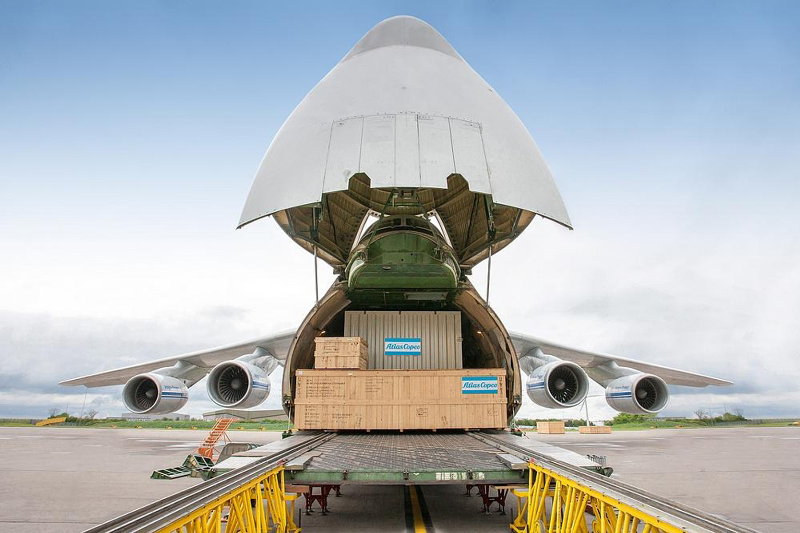 ivision in Hemel Hempstead, required the chartering of an Antonov 124, one of the largest freight transporter aircraft in the world.

The four modules were flown by Antonov 124 to ensure that the client’s critical delivery schedule was met. The oversize modules had to be fitted with special “D” rings so that they could be pulled, with just millimetres to spare, into the front loading bay of the Russian-built Antonov 124 and then secured during flight.

Paul Frost, Manager of Atlas Copco’s Systems Division in Hemel Hempstead, commented: “The completion of this contract, which is the largest to be fully designed and built here in the UK company, reflects our ability to produce bespoke and packaged compressed air systems, on time and to budget. These modules were specifically designed to meet the operational needs, environmental conditions and demanding application of an international company operating in the worldwide energy and petrochemical market. The big oil and gas players are truly global organisations, hence country and boundary hopping is commonplace in our business.”

Mattei celebrates a centenary by encouraging industry to ‘think green’