GAME stays a step ahead with CD sorter 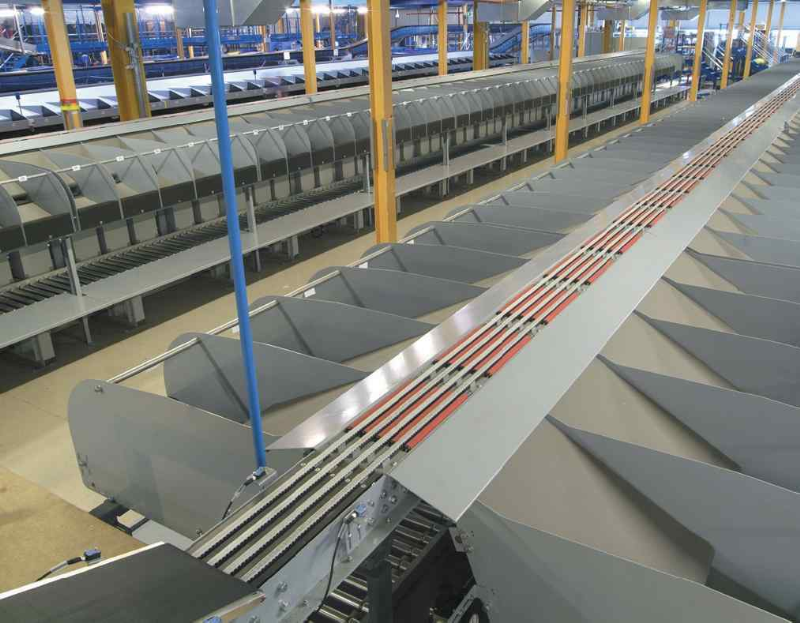 Axiom, the specialist in the creation of innovative mechanical handling systems, has designed and installed a sortation solution for video games retailer GAME Group. The 216 destination pop-up roller sorter has a throughput rated at 20,000 products an hour.

The GAME Group distribution centre in Basingstoke already had an automated sortation system supporting the company’s existing stores. However, when GAME took over GAMEstation complete with its chain of 250 stores, the company had insufficient capacity to deal with the increased volume of products.

Adam Myer, head of distribution centre operations for the GAME Group, says: “Once we carried out a capacity review we knew that it was necessary to purchase a second automated sorter.

“Part of our study showed us that with the extra volume we were anticipating the sortation work was going to take around 18-20 hours each day on the existing Vandelande machine. We considered this would be a risk to the business. The decision to purchase a second sorter was made in order to process volumes more quickly during our peak season.

“We chose to invest in an Axiom system because its pop-up sorter is quite a small machine for its capacity; it uses straightforward technology and has a simple construction. This is advantageous in a number of ways. It’s an easy sorter to get to grips with in terms of learning how to use and maintain it; there are not a lot of mechanical parts that can go wrong and, as it has a small footprint, the layout is ideal for our operational space. Obviously price was important too, and the system is very cost effective.

“The order was placed with Axiom through Vandelande which acted as project leader throughout. They programmed our existing warehouse management system (WMS), which they had originally designed, to incorporate Axiom’s new machine into the functionality of our building.” 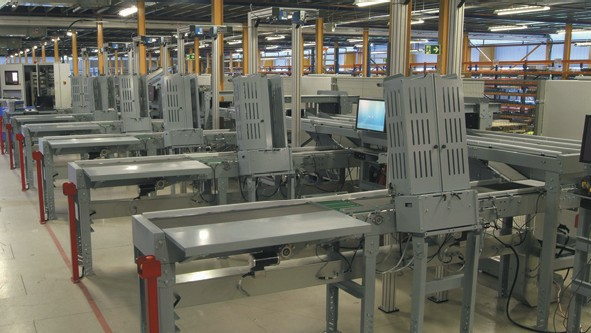 The pop-up roller sortation system was developed in-house by Axiom and is suited to the high speed sortation of media products. Initially the DVDs or CDs are loaded into six induct feeders, each can be loaded with as many as 100 items. As the products are fed out they pass under a barcode scanner. The software determines the destination of the product and it is pushed up an incline to merge onto the mainline process via two takeaway conveyors into the sortation system.

Larger items, for example boxed sets of DVDs or accessories such as headphones are loaded manually to be scanned before entering the system.  There is also a hand scanning option for items that won’t scan automatically. All products, regardless of size, are tracked along the sorter. At the appropriate place, rollers pop up, spin and place each item into the correct location, one of 216 destination bins, which are positioned on either side of the two sorter lanes.

The products fall into the bins, which have been specially designed by Axiom, each with a capacity of up to 200 DVDs. The bottom of the chute is spring loaded so, as it fills up, it drops down. Then, as the picker removes product from the top, the bottom lifts up again. Operating in this way not only gives the chute a large capacity so it needs emptying less, but it also means that the picker is always in the ideal ergonomic position, emptying the chute from the top.

“With the addition of the Axiom sorter we now have a totally flexible operation,” says Myer. “Although we have two different sorters they are entirely interchangeable; they can deal with the same type of product, the same quality of barcode and the WMS system treats them the same. This means we can do all our sorting on one system or the other or split half and half. The Axiom system has lived up to our expectations; its simple construction and uncomplicated technology make it extremely reliable.”

A new lease of life for old conveyor systems