Atlas Copco Compressors has released a new app for smartphones and tablet computers that enables users to monitor their compressor installation from anywhere on their site remotely. The Elektronikon App is linked to the controllers in Atlas Copco’s compressors and dryers and can be downloaded from iTunes or Google Play. 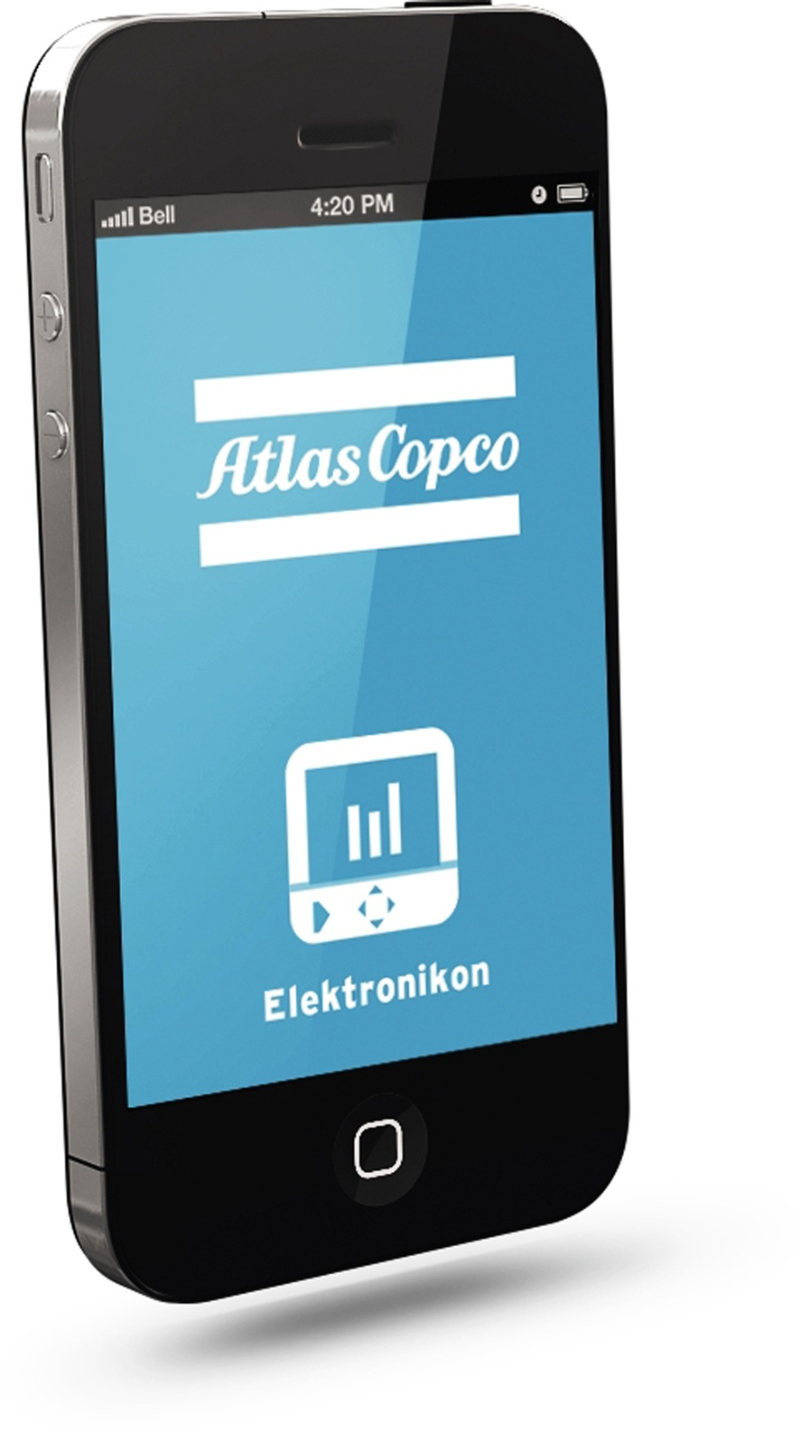 The new Elektronikon App has been released alongside the new GA 30+ to 90 (and VSD) oil-injected screw compressor range. It enables compressor operators to monitor their installation’s performance on-site over a local WI-FI network thanks to the Elektronikon Mk 5 controller. Koen Lauwers, Vice-President Marketing of Atlas Copco’s Industrial Air Division comments: “With the Elektronikon® App, Atlas Copco takes user-friendly distribution of essential compressor room operation data to the next level.”

The Elektronikon Mk5 controller in every compressor and dryer has an internal website that allows for real-time data to be sent over the intranet and viewed on a computer or via the app. One or multiple compressors and dryers can be combined into one installation. With the app, users can monitor that installation’s real-time status, running hours, analog inputs, running/stopped status and much more. Both the Elektronikon controller and the app are available in 32 languages.

The app has been optimised for tablet computers and smart phones, but also runs on devices like the iPod Touch. The app is designed for iOS (Apple) and Android operated mobile devices and can be downloaded from iTunes or Google Play (search for “Elektronikon”). Also, customers with an existing Atlas Copco compressor with a Mk5 Elektronikon can use the app after updating their software.