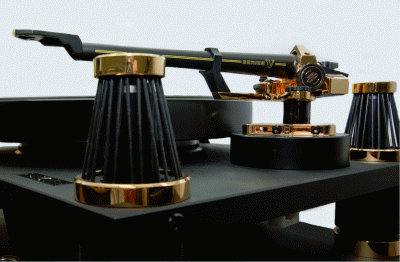 A record player is a record player, right? Wrong! At west Sussex-based SME they produce some of the finest precision gramophone pick-up arms and turntables in the world and they also put the skills needed for these technological masterpieces to good use for a high profile list of sub-contract customers.

Stepping through the front door of the 1960s facade of SME’s factory in Steyning West Sussex the number of machine tools comes as somewhat of a surprise. Its core business of turntables and pick up arms, which cost into the tens of thousands of Pounds, does not suggest high volume production. The complexity of these items, with each pick up arm containing up to 550 individual components, has seen a need for some 20 CNC machine tools as well as in-house pressure die-casting, injection moulding, metal finishing, electro-plating, anodising and many other processes.

This array of machine tools permits SME to maintain the precision sub-contract service on which the business was founded back in 1946 by the late Alastair Robertson-Aikman. Back then it was known as Scale Model Equipment, manufacturing models and detail parts for the model engineering trade. This work developed into more general precision engineering, principally parts for aircraft instruments and business machines and has continued to the present day with customers involved in Formula One, prestige car manufacturing and aerospace. 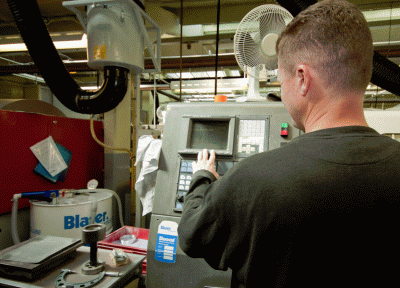 The move into HI-FI, specifically pick up arms and turntables came in 1959 when music lover Alastair Robertson-Aikman wanted a new pick up arm for his own use. He decided to design and build an experimental unit, which received great reviews from family and friends, and before long he was producing 25 units per week. To this he added the production of turntables and as demand grew so did the need to relocate and a move to the current, purpose built factory happened in the early 60s. The site has been extended several times in the intervening years to meet the increased demand for SMEs products.

The increased number of machine tools highlighted a particular issue with the existing metalcutting fluids. “Being restricted to further expansion on our current site we have to make full use of all available space and this started to highlight problems we were having with our metalcutting fluids,” says Liam Daly, SME’s Works Manager. “We were finding that after a weekend of inactivity the tanks gave off an unpleasant smell and health & safety was becoming a concern. In reviewing the situation we invited Jemtech in to examine what we were doing and what could be changed, as we appreciated things had moved on since we last looked at this.”

The first thing Jemtech did was to clean two machines completely over a weekend and install Blasocut BC325 for an extended trial. Blasocut products are High performance mineral oil-based micro-emulsions that provide extended tool life and superb surface finish on components, something that is important to SME given the nature of its own products. In addition, Blaser’s biological concept delivers long term stability without the need for tank side biocides. 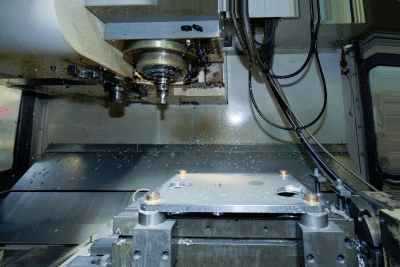 “We had a positive response from the operators of these two machines, with tool life increasing significantly, and the aromas disappearing altogether. This spurred us on to change all of our machines and instigate a maintenance, or more strictly speaking, a monitoring programme, to ensure that we kept the cutting fluids at the correct concentrations. Jemtech plays its part in this and is always quick to respond to any questions we may have and provides a very balanced and fair view of what we need to be doing.”

In addition to offering advice when asked, Jemtech also provides a weekly monitoring service of SME’s metalcutting fluids and carries out adjustments to concentrations where required with everything being recorded and visible to anyone involved with the day to day operation of the machine tools. “When you make changes such as this, they either work or they don’t. With the monitoring that SME and Jemtech carried out we have not encountered any problems. Furthermore, with the combination of mist extraction on all of our machines, the total absence of any skin or health and safety related issues concerning cutting fluids, along with improved fluid life, increased productivity, and product quality; we have to conclude that the change to Blasocut has had a significant effect on the working environment as well as the overall performance of the business,” says Liam Daly.

The switch to Blasocut metalworking fluids and the support of Jemtech (UK) has improved product quality, increased cutting fluid life and also improved the working environment.