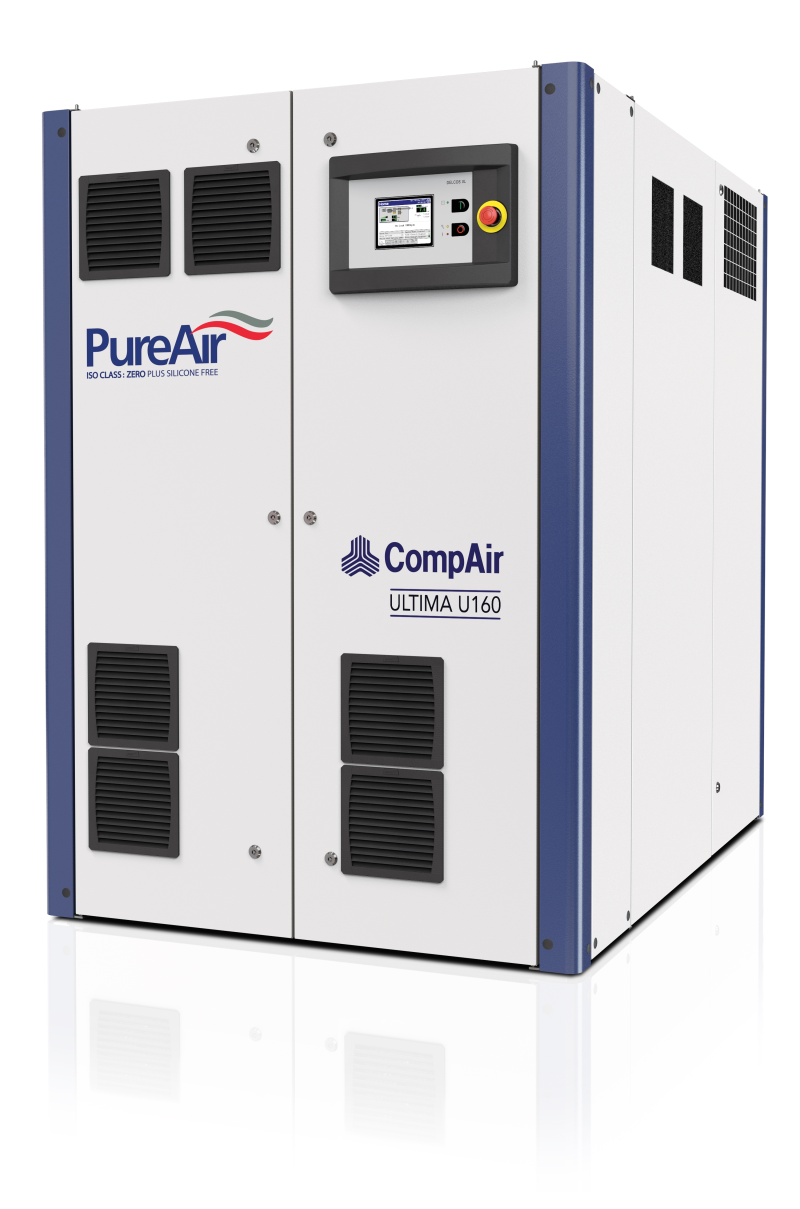 Gardner Denver has announced the launch of Ultima, a new, water-cooled oil-free compressor from its CompAir brand, offering up to 12 per cent improved energy efficiency compared to a conventional two-stage machine with a 37 per cent smaller footprint.

Launched as part of the company’s CompAir PureAir range, Ultima is available in models from 75 kW to 160 kW and is designed for applications that demand the highest levels of air quality and purity.

Unlike standard oil-free compressors, which have a single motor and mechanical gearbox design to drive the low and high pressure air ends, Ultima uses the U-Drive concept – two, high-efficiency, permanent magnetic motors which replace the gearbox and single motor.

These variable-speed motors, powered by an inverter, can achieve speeds of up to 22,000 rpm and deliver efficiencies greater than IE4.

While conventional variable-speed machines are already well proven in numerous applications and deliver high-energy efficiency, the two stages of compression are linked mechanically, meaning they need to speed up and slow down at the same time.

Ultima, however, is different. By removing the gearbox and single motor entirely and replacing with two U-Drives powered by two separate inverters, each airend stage is now driven directly and independently, for even greater performance. An intelligent digital gearbox design then monitors and adjust the speeds of each aired continuously, ensuring maximum efficiency and pressure ratios at all times.

In addition, the design of the compressor results in hugely reduced friction, resulting in an oil-free compressor with the highest levels of efficiency throughout its full turndown range.

Read more about the new Ultima in the May print edition of Factory Equipment! Out soon…