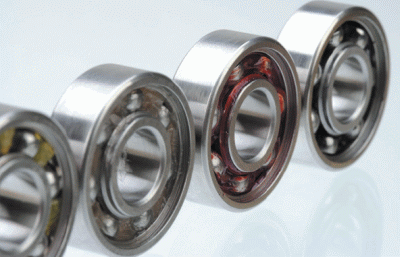 The performance of modern plant and machinery depends to a large extent upon the reliability of rolling bearings. One of the major contributing factors to achieving high reliability is proper lubrication.

The three primary principles of maximising bearing life are: selecting the correct lubricant, b) applying the lubricant properly, and c) maintaining the lubricant in a clean condition. Neglect or failure in any of these areas will increase risk of premature bearing failures and interfere with the trouble-free running, now of such importance in modern plant and machinery.

Correct selection of a lubricant will bring the following benefits: reduce friction and wear by providing an elasto hydrodynamic film of sufficient strength and thickness to support the load and separate the balls from the raceways; minimise cage wear by reducing sliding friction in cage pockets and land surface; prevent oxidation/corrosion of the bearing rolling elements; act as a barrier to contaminants; serve as a heat transfer agent.

The advantage of grease over oil is that bearings can be pre-lubricated, eliminating the need for and cost of an external lubrication system. It also requires less maintenance and has less stringent sealing requirements. Grease tends to remain in proximity to bearing components, metering its oil content to operating surfaces as required.

The drawbacks are that it does not conduct heat away from a bearing as efficiently as oil. Also, grease can increase the initial torque within a bearing and cause running torque to be slightly higher. The speed limits for greases (expressed as a ndm value, with ndm being the rpm multiplied by the bearing PCD in mm) are generally lower than for oils due to the plastic nature of grease that tends to cause overheating at high speeds.

In certain applications where, for example, the bearings are subjected to harsh operating conditions such as in a vacuum environment, the design of the bearing and the selection of a suitable grease become very challenging. Here, it is critical that the bearing supplier has the knowledge and experience to suggest a grease that ensures maximum reliability over long operating periods without re-lubrication. Current ‘greased-for-life’ bearing technology can consistently give 30,000+ hours of life at 700,000 ndm.

While grease lubrication is inherently simpler, there are still applications where oil is the better choice. In high-speed spindle and turbine applications, for example, oil is supplied continuously and provides cooling as well as lubrication. A further example is instrument bearings with extremely low values of starting and running torque. These require only a minimal, one-time lubrication, each bearing receiving just a single drop or less.

The limiting speeds for oil-lubricated bearings are governed by the size of the bearing and the design of the cage, rather than by the lubricant itself.

To illustrate this, petroleum or diester-based oils can accommodate bearing speeds of up to 1,500,000 ndm or higher. In the case of silicone-based oils, the maximum speed rating drops to 350,000 ndm. Similarly, when calculating life for bearings lubricated with silicone-based oils, the Basic Load Rating (C) should be reduced by two-thirds (C/3). In addition, to ensure long life at high speeds, the lubrication system should provide for retention, circulation, filtration and possibly cooling of the oil.

In harsh environments such as dry pump bearings, often oil selection is pre-defined to an extent by the end user. In dry pumps, the bearing supplier’s challenge is to optimise the design of the bearings in order to make the best use of relatively poor lubrication.

Solid soft films are primarily used to provide solid lubrication for bearings in extreme applications where traditional fluid lubricants would be ineffective. Their friction is independent of temperature (from cryogenic to extreme high temperatures), and they do not evaporate or creep in terrestrial vacuum or space environments.

The solid soft film lubricant can either be applied directly to the surface or transferred by rubbing contact from a sacrificial source such as a self-lubricating bearing cage. Examples of these two processes include the application of Teer Coatings’ physical vapour-deposited MoSTTM and Barden’s PTFE-based ‘TB’ polymeric cage material. The processes are complementary and have been used successfully in extreme aerospace applications. 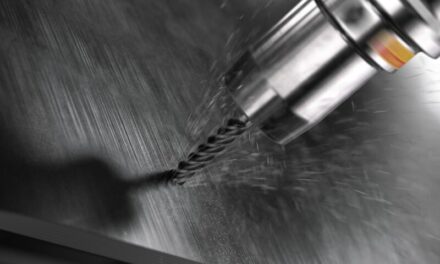 No surprises when machining composites